(1) Debbie Frisch tries to harass a lawyer on the Math Facebook Group
(2) A member points out the REAL reason Debbie hates lawyers: because of
their history of exposing Deb Frisch's stupidity and holding her accountable
for her criminal behavior
(3) Debbie Frisch howls with rage at being exposed for the criminal dummy
she is, and pitches a vulgar and vile SHITFIT! (As usual)
(4) Debbie Frisch tops off her tantrum with a toothless LOLSUIT threat! (As usual) 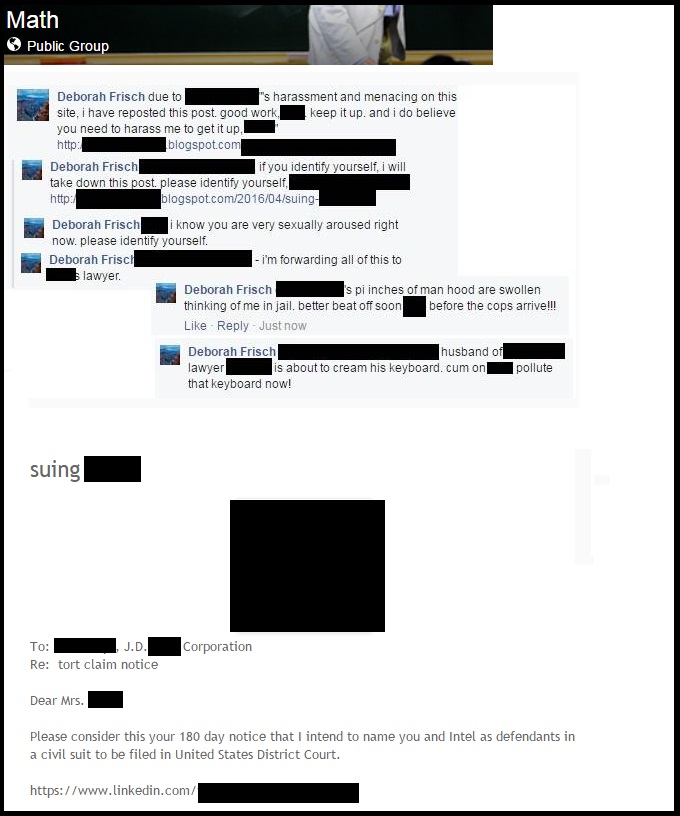 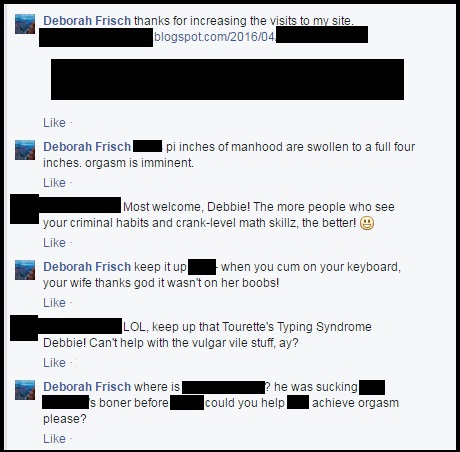 has criminal convictions for assault, stalking, harassment and threatening. She was jailed for 6 months in 2015 for her criminal behavior.
Posted by minteh at 12:00 AM