As quoted in The Other McCain blog, Debbie's victim reflected, as Debbie's sentencing hearing earlier this year.... 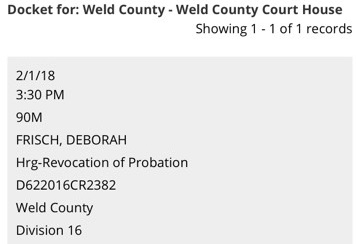 Posted by minteh at 1:00 PM No comments:

We TOLD her she'd get the CUFFS again, but did Dummy Debbie listen? 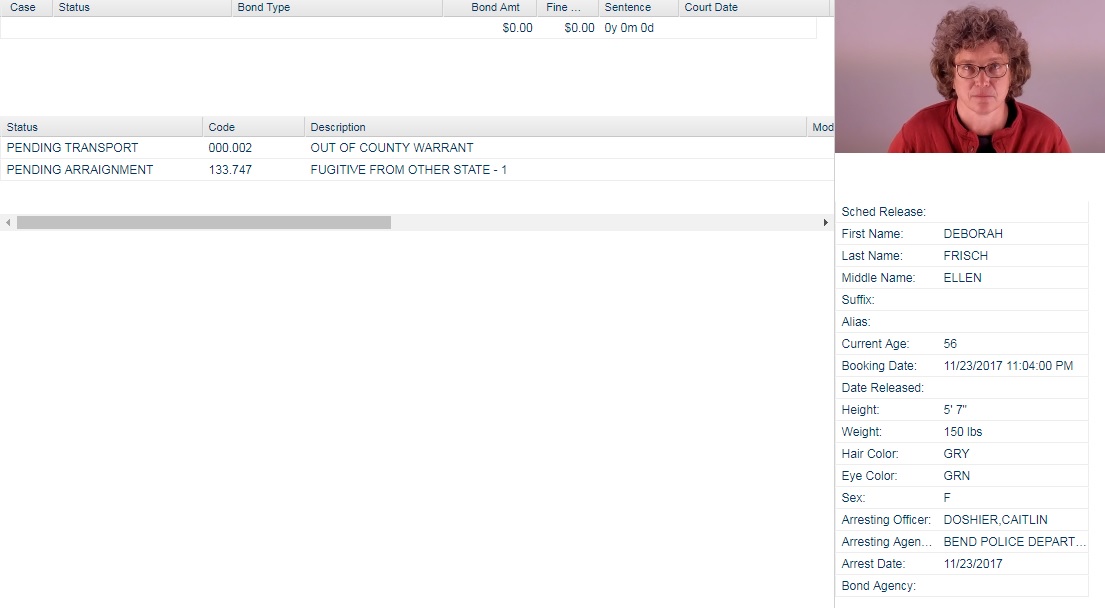 Gee Debbie, funny how you'd accuse others of "stalking"...when the FACT is that
YOU'RE the one with the criminal record for stalking! Remember THIS? 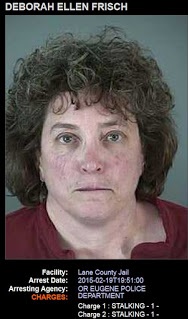 And by the way...since YOURE the one with the FELONY WARRANTS (causing
you to HIDE like the COWARD you are), YOURE the one who's looking forward
to a LONG stint in POUND-YER-AZZ State Prison! :D :D :D

Funny how Debbie Frisch accuses others of crimes when SHES the one with the massive criminal record who was DUMPED FROM HER JOB in 2006 and JAILED in 2011 for sexually threatening children!

As usual, Debbie Frisch reacts to her butthurt by libeling and stalking members of the Oregon Criminal Justice system and her past victims.

Yawn, Debbie Frisch (who has multiple criminal convictions for filing FALSE reports and CRIMINAL IMPERSONATION) accuses others of perjury again
As usual, Debbie needs an English lesson: IT'S NOT "PERJURY" IF IT'S ALL TRUE, DUMMY!
The #1 fact to remember about Oregon Criminal 1675174 Deborah Frisch is this: 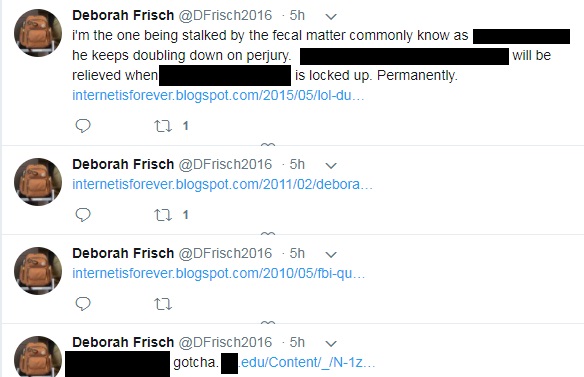 Latest examples of Debbie's long habit of falsely accusing others of crimes here:

Posted by minteh at 2:00 PM No comments:

LOL, as usual, dummy Deb Frisch accuses people of the crimes SHE is guilty of...

"unemployable"? But DEBBIE's the one who is 10+ years jobless, has a FELONY record, SCAMS food stamps and panhandling, squatting in a house owned by Mommy and Daddy for YEARS... 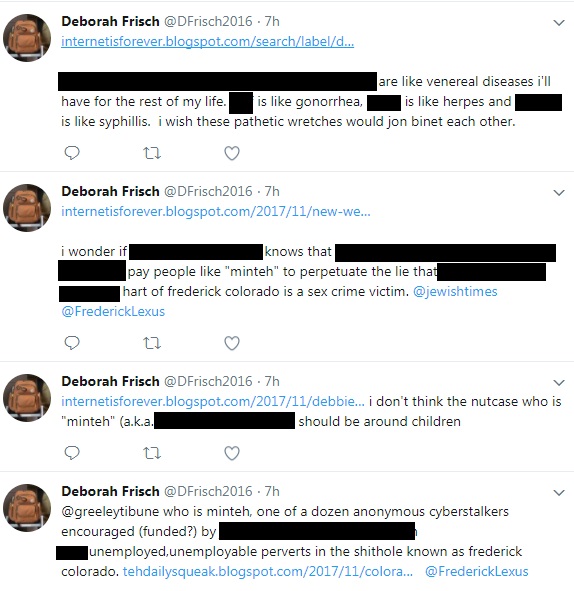 For the record:
1) Incite Violence? No, Debbie, WE don't "incite violence" against anyone...YOU are the one who was

4) Violent? Yes, Debbie, YOU'RE the one with criminal convictions for
5) Liar? Yes, Debbie, your criminal history shows that you have quite a history of lying--just read the newspapers and police reports:
Posted by minteh at 1:00 AM No comments: 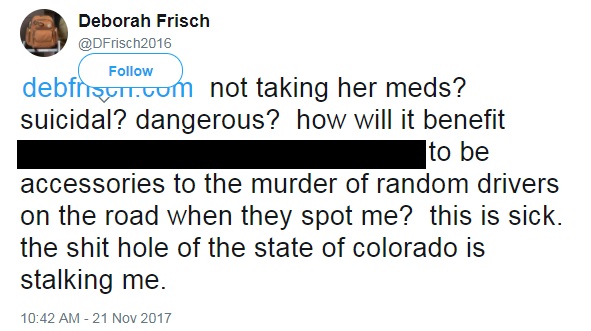 
By our review, Miss Debbie is in the midst of committing a number of further
crimes...looks like she'll soon be getting the CUFFS again...and behind bars
for a LONG time!

McCain has blogged on  The Harm Deborah Frisch Has Inflicted, and Why She Must Be Incarcerated

To his case, we can add this first-person account from 22 November 2017, from a victim of Debbie Frisch. At that time, Miss Debbie was a fugitive fleeing a felony warrant. She was captured on 23 November:

Please note that over the pat week, the defendant [Deborah Frisch] has continued to contact us directly, reference us, harass us and our son. She has contacted a school principal trying to embarrass and humiliate our 14-year-old son and has contact [sic] Child Protective Services about us. She is referencing us and every member of our family in full names on social media and again threatening to "Jon Benet" our children, rape them, and continues to cause extreme emotional distress.

I would like to make sure that these new parole and Protective Order violations are documented and included in any charges against her. It is clear that she is unable to follow the laws, and even probation terms that she has agreed to.

Given that she is one the run from the law and we do not know where she is, I am very afraid for my and my children's safety. She has proven time and again that she does not keep her harassment to the online venue: [link to Police charge woman in stalking case, Eugene Register-Guard 21 Feb 2015]

I understand that someone is contacting [a probation officer]'s children's school district because of these threats. I don't know who exactly is communicating, but I would ask for the same consideration for my children.

You can download the recent Tweets and emails here: [link to dropbox] 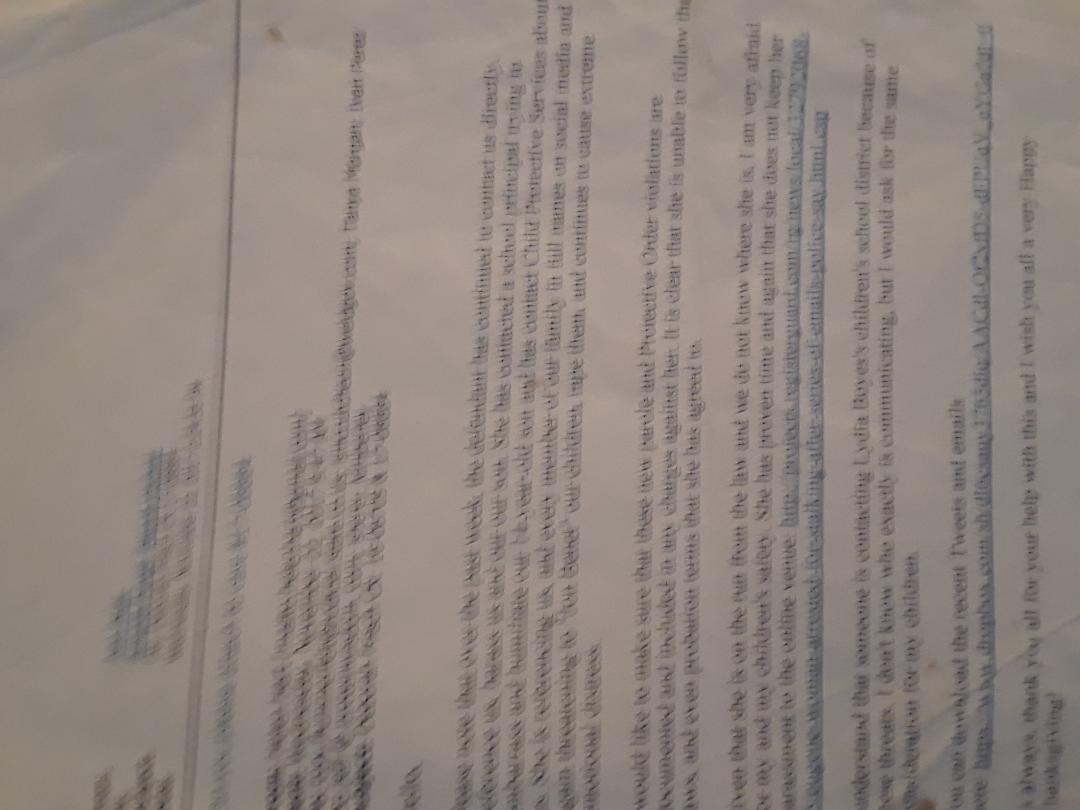 Posted by minteh at 7:38 AM No comments:

More info AT THIS LINK. 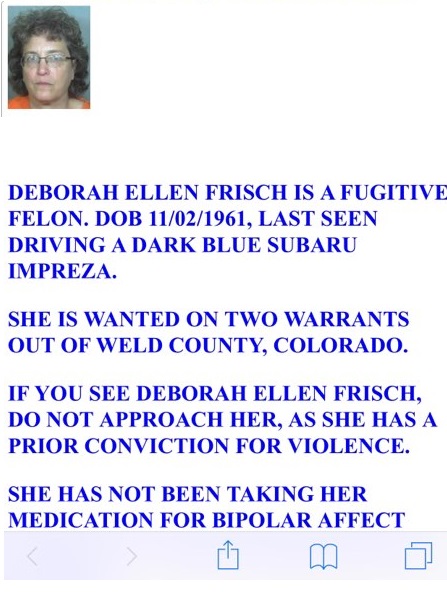 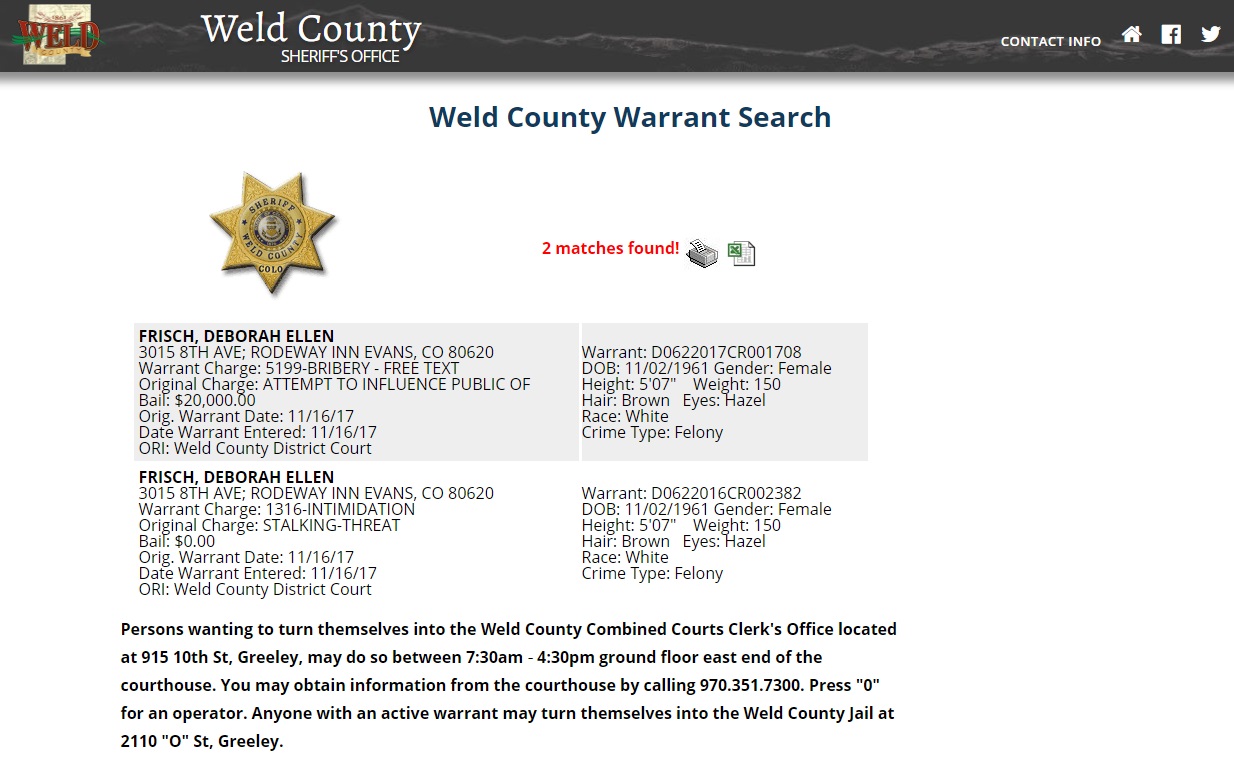 For a trip down Memory Lane...