UPDATE 5/5/2016: Debbie Frisch doesn't seem to like it when people describe the TRUTH about her... LOL, Debbie Frisch threatens blogger for describing her criminal record (5/5/2016)

Consider, for example, the case of Deb Fritsch [sic] a former university professor
who lost her job after she harassed blogger Jeff Goldstein in 2006. Was it “
doxing” to identify Fritsch [sic]? No, she was engaged in seriously evil behavior
online while employed at a taxpayer-supported public university and, as it
subsequently turned out, was so completely crazy she was repeatedly
arrested for stalking. (She has a Ph.D. in psychology, ironically enough.) 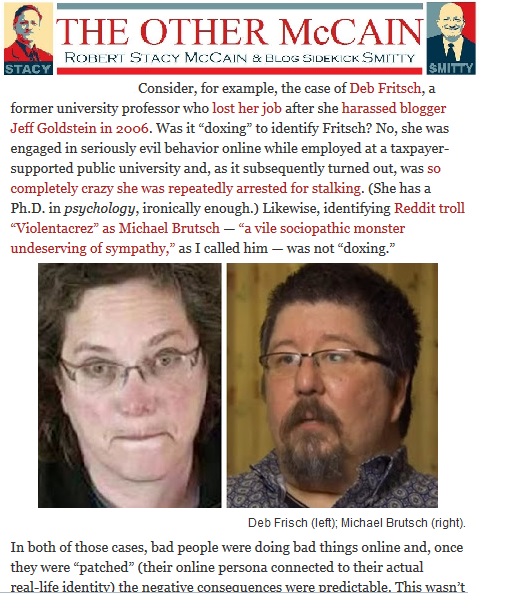