Debbie hates it when someone stands up to her bullying on Facebook;
hence this laughable attempt to harass a person who warns Facebook
peeps about Debbie's criminal convictions (and her being on probation
until 2012): 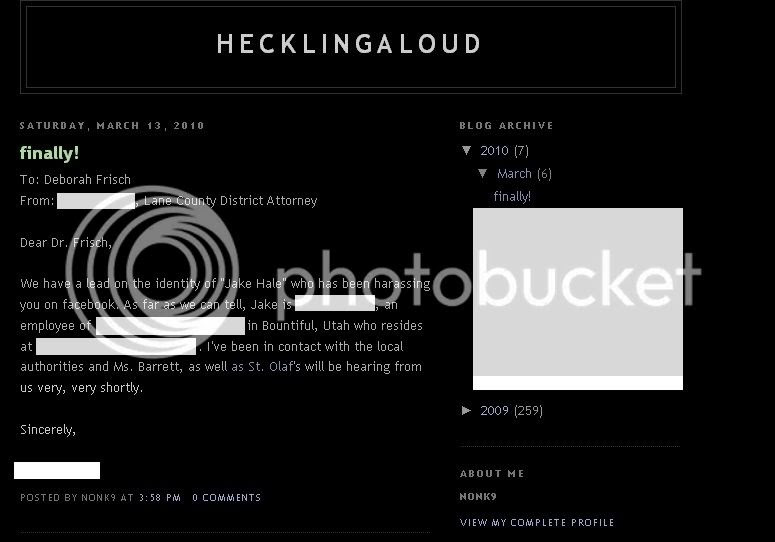 Deb Frisch March 13 at 7:47pm Report
why are you facebook friends with jake [REDACT] whose sole purpose
is to harass me? do you really want to fuck with me, fatso?

To which the person LOLed and replied to bully Deb Frisch:

Hey you nasty B**ch......I have no freaking clue who you are, so why the f**k are you harrassing me? I have whoever I want on my friend's list, so if you've got a problem with that, get the hell over it. I only know him from online because someone else suggested him. And you're gonna do what to me if I "f**k with you? How about this - you just got your dumb as* reported for giving me a hard time!
Posted by minteh at 8:21 AM