Tik-tok, Debbie's running out of luck!

In teh last 24 hours, two federal courts have smacked down
Dummy Deborah Frisch's moronic attempts to short-circuit
teh inevitable defeat of her frivolous lawsuit:

And today, teh District Court smashed Debbie's idiotic "Motion
to Strike" various filings by City of Eugene--filings which are
among teh last steps toward annihilating Frisch's incompetent
legal floppings. 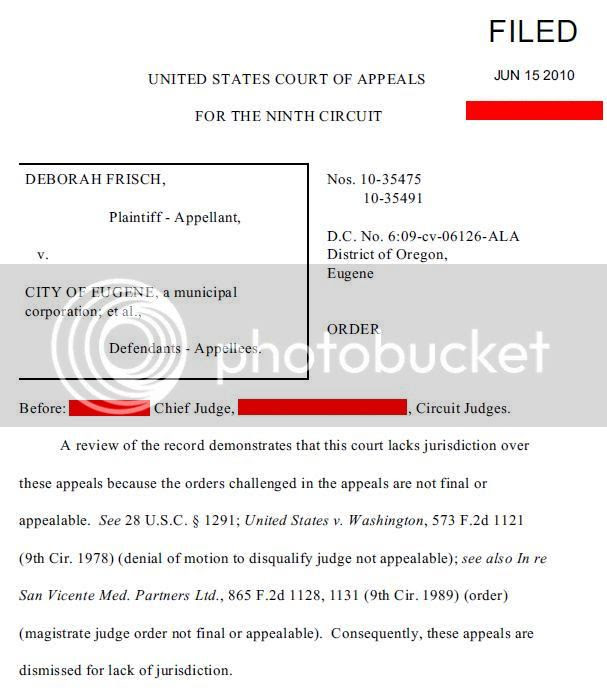 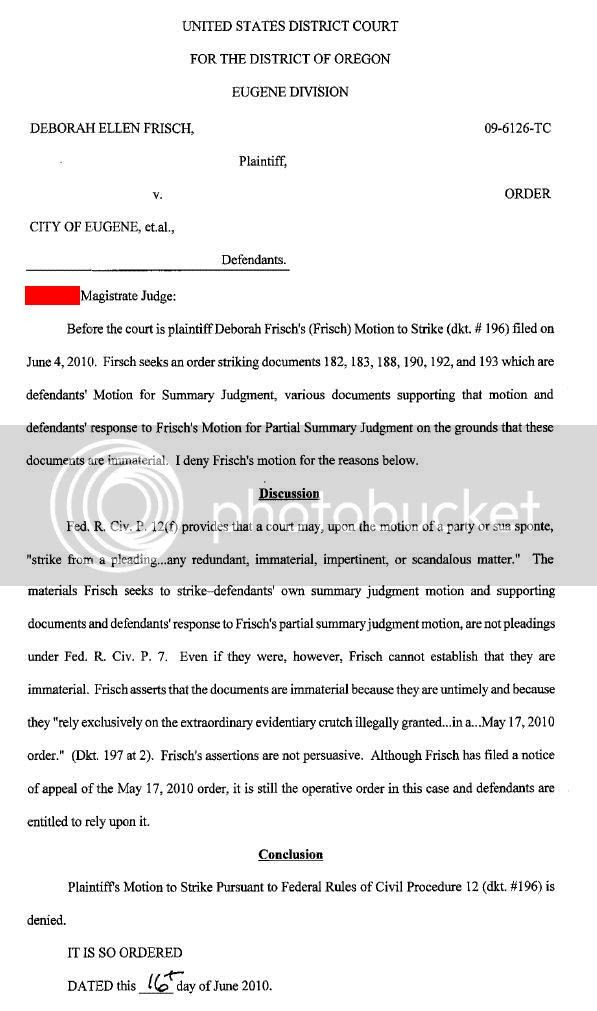