Since Debbie Frisch can't win in a battle of wits, she quickly resorts to
threats and harassment to try to bully people into doing her bidding.
(This has been SOP for Dummy Debbie ever since she got sued in 2006
for libel and harassment.)

Hence today's posting, in which Deborah Frisch (filing a reply-brief to
prop up her pathetically frivolous appeal to teh Federal Appellate Court)
dropped in a list of names of teh Ninth Circuit Court of Appeals' Advisory
Committee on Rules of Practice and Internal Operating Procedures [see
screencap below].

Debbie doesn't realize how transparent her motives are. So she doesn't
realize how farking OBVIOUS it is that Debbie is just advertising a list
of people she plans to threaten and harass.

Tsk-tsk...looks like Debbie has learned nothing from:
Nope, looks like Miss Debbie still hasn't learned from experience.

Which means we can count on MOAR LULZ, once Debbie's incompetent
appeal to teh Ninth Circuit gets shit-canned...

And Debbie might come to learn that, if she thinks local police are bad, just WAIT until teh Federal Marshals get their clutches on her ;) 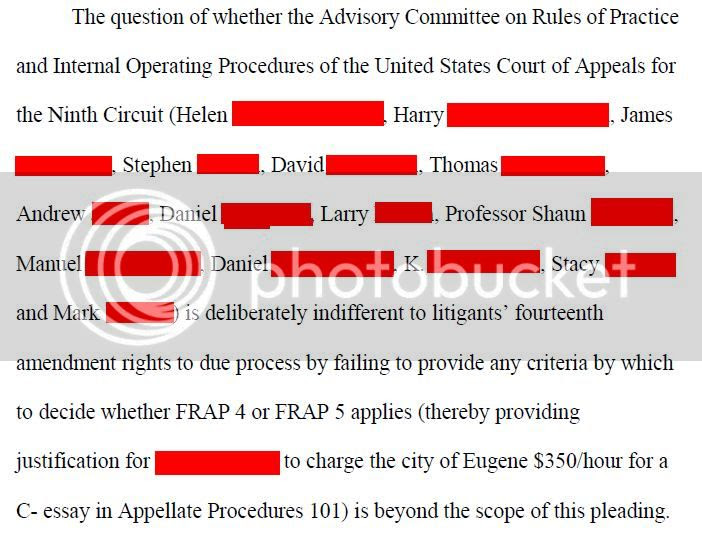