Convicted criminal stalker Deborah Frisch posts the photo and bio of an attorney associated with the Lane County Defense Consortium (= public defenders), which made an enemy of Debbie (resulting in one of her toothless tort claims!) by having an attorney who refused to co-sign Frisch's bullshit (and later resigned Debbie's case).

(It probably didn't help that this poor esquire was also once a clerk for the judge now holding Debbie responsible for her criminal behavior.) 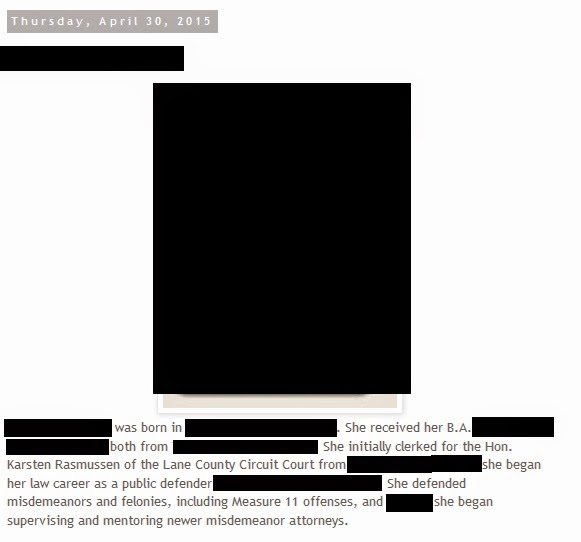