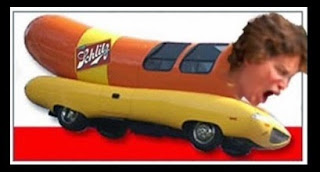 It's been awhile since we've seen one of Debbie's TOOTHLESS TORT CLAIMS NOTICES!!1, but a public Lane County Board County Counsel memo suggests that Miss Debbie, in one of her drunken rages, fired off a "TCN" (Tort Claims Notice) to the County.

Lane County has budgeted a whopping ZERO DOLLARS to settle Debbie's frivolous lolsuit, a transparently futile effort to make money on the butthurt Deb Frisch deservedly received as a result of her criminal behavior. 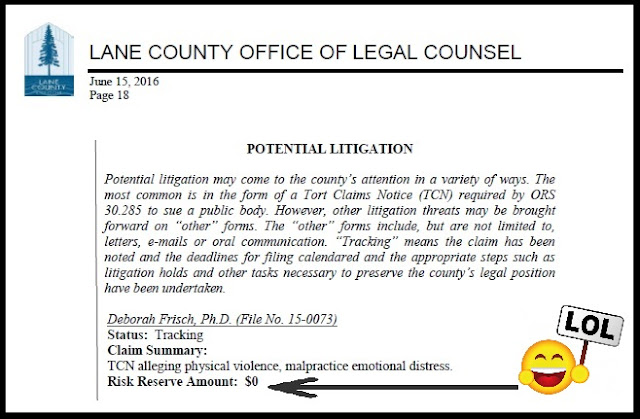 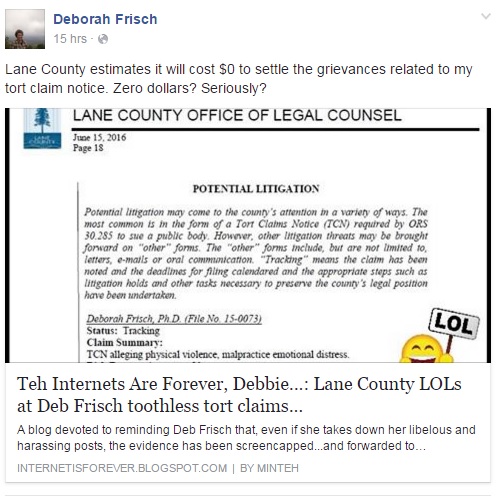 Debbie tries to salve her butthurt with a little reverse-psychology... 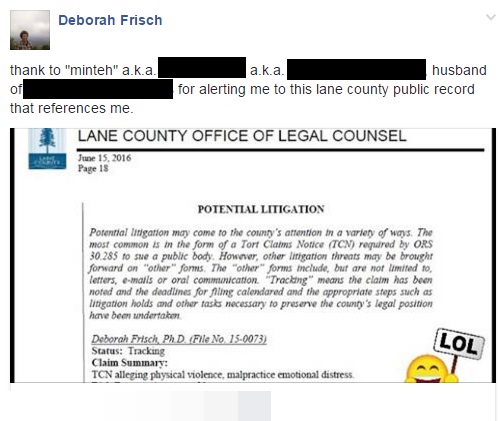