One thing worth noting is how unimaginative Debbie's bigotry is.
She tends to rehash the same humorless "jokes" ad nauseum, as
illustrated by the "ashtray" slur, above--which little Debbie Frisch
also sent as hate mail to a Jewish blogger in January. (Frisch also
repeated the "sex between a priest and an altar boy" brainfart in
remarks before the Eugene City Council.) 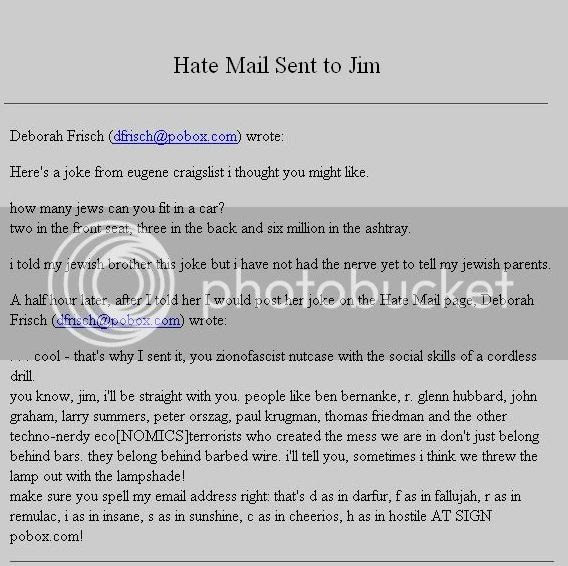