Well, it looks like Deborah Frisch is transferring her social skillz (read: lack
thereof) to Facebook. She was quickly spotted as a troll jealous of John Grisham's
success 3 times this past summer.

Here's an earlier "blast from the past": a Facebook Group which quickly tired of
Frisch's sick antics in Dec 2008-Jan 2009.

Since the group is moderated, we can only imagine what vile "Deb Droppings"
were deleted from the group's postings. But if the past is any guide, we can
guess they were some pretty nauseating comments, indeed. 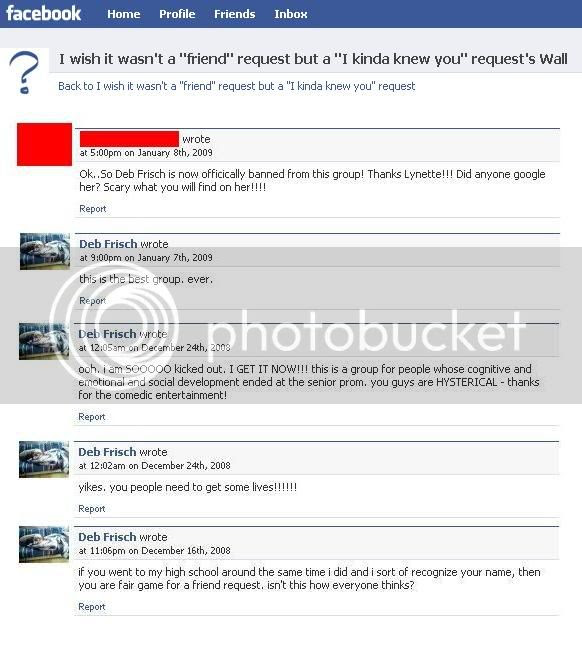