Teh lawyers have a saying: "When you have the facts, pound
on the facts; when you have the law, pound on the law. But when
you have neither teh facts nor teh law...then you pound the table."

As followers of Deborah Frisch's frivolous lolsuit know, Teh Deb
is being pounded daily by teh facts and teh law.

So is this bit of tantrumlike table-pounding any surprise?

Her grounds for suing teh new defendants? Well...

In short, Deborah Frisch, as one defense lawyer has aptly written, "views her lawsuit as nothing
other than an opportunity to harass and annoy defendants for no legitimate purpose."

The only thing the above would-be defendants have in common? They refused to be bullied by Deborah Frisch. They refused to listen to her squalid, racist, disgusting tantrums. They stopped letting her soil the carpet with her foul-mouthed crap.

We applaud them for standing firm and standing pat. For as Edmund Burke once put it, "evil flourishes when good men do nothing." 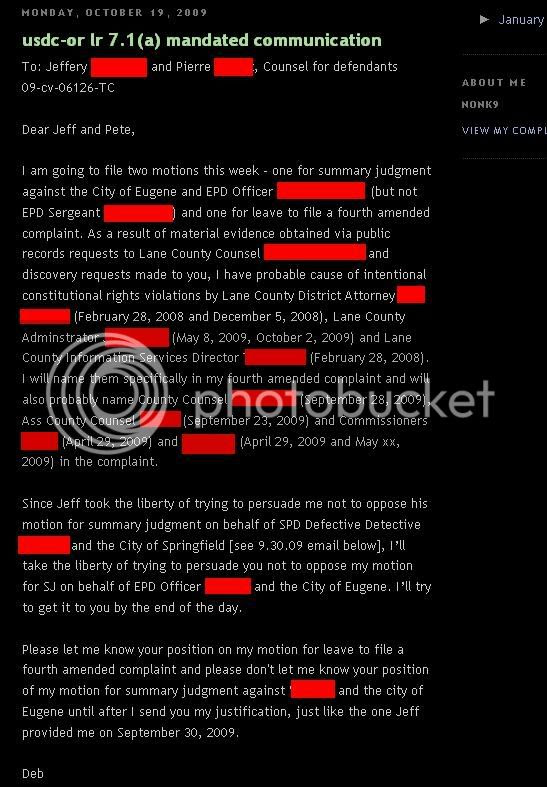