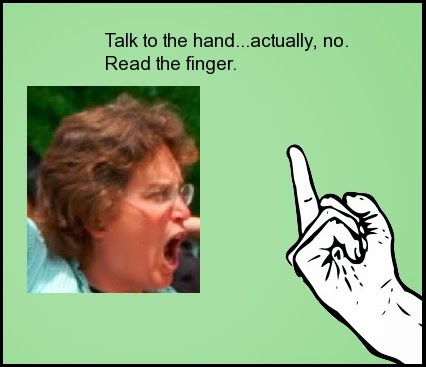 Debbie still seems to think her empty legal threats still intimidate people. In this
"tort claims notice," moron Debbie seems to think the law will penalize people
who have the good sense to tell dummy Deb Frisch to "STFU and Talk to the Hand"

Debbie's kinda mad at Occupy Eugene lately, as evidence by her drunken unhinged threatening phone message she left them... 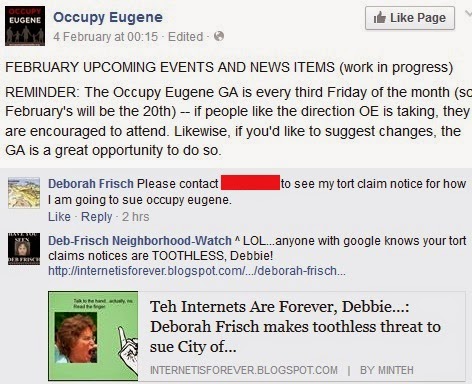