Debbie's moronic declarations about the legal system have one fatal enemy: REALITY.

Which is why Miss Debbie hates it when people point out the truth: that her stupid ideas are merely the workings of a bitter failure in life who vents resentment against people who held her responsible for her criminal behavior. Debbie also resents (and stalks, harasses, threatens and libels) successful academics--because they are bitter reminders of Debbie's lifetime of fail: getting denied tenure at the University of Oregon, getting dumped by the University of Arizona when she sexually fantasized and threatened a blogger's child in 2006, etc. etc. etc....

Truth is, Debbie has no one to blame but herself for failures in life and her lengthy criminal record. 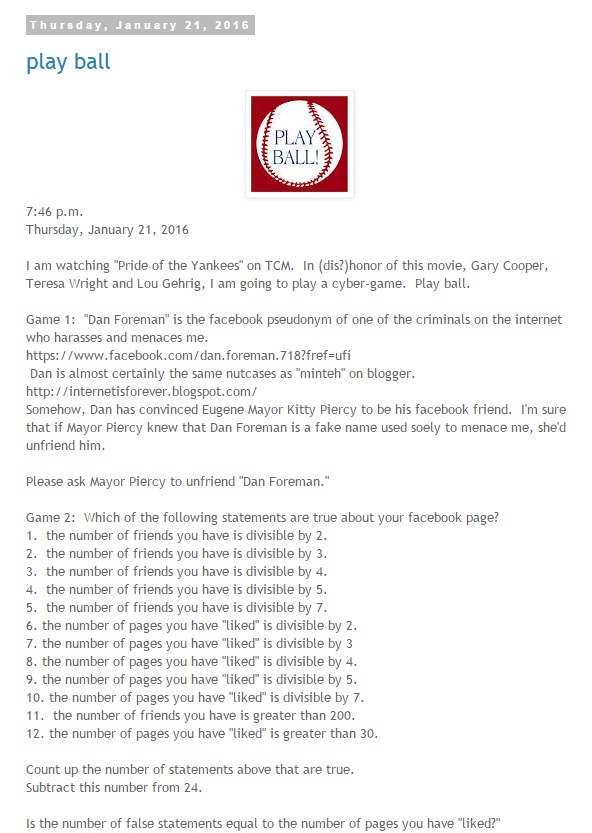 Debbie is reacting to this dose of REALITY delivered by a guy(?) named "Dan Foreman" on Facebook: 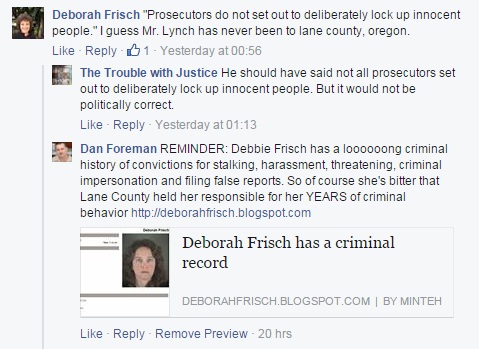 Warning: Deborah Frisch, who emails using the addresses truthisoutthere16@yahoo.com and dfrisch@pobox.com and coyotemind@gmail.com (and debfrisch14@gmail.com and lanelawwatch@gmail.com)  has criminal convictions for assault, stalking, harassment and threatening. Here are links to information about: