Affidavit of Probable Cause (State of Oregon vs. Deborah Ellen Frisch (2015))

A pretty good summary of Debbie's stalk/harass/threatening behavior, which led up to Debbie
Frisch's first arrest of the year on February 19, 2015.

References to Debbie's "violent past" are apt...just ask the victim of Debbie's violent, drunken assault in 2008 (which also led to criminal charges). 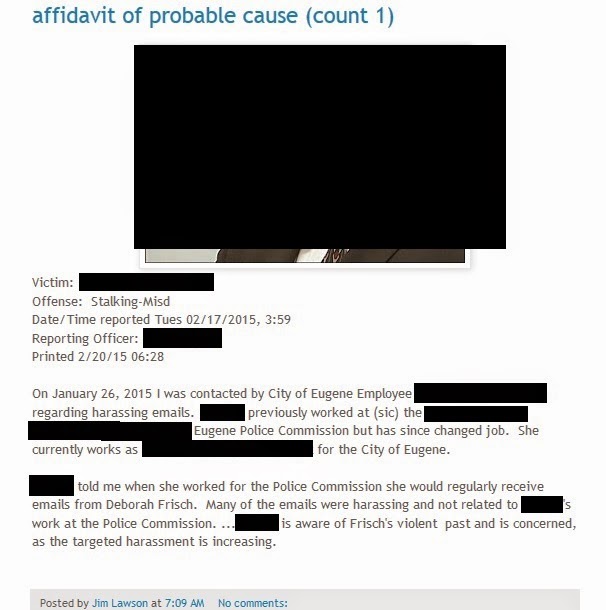 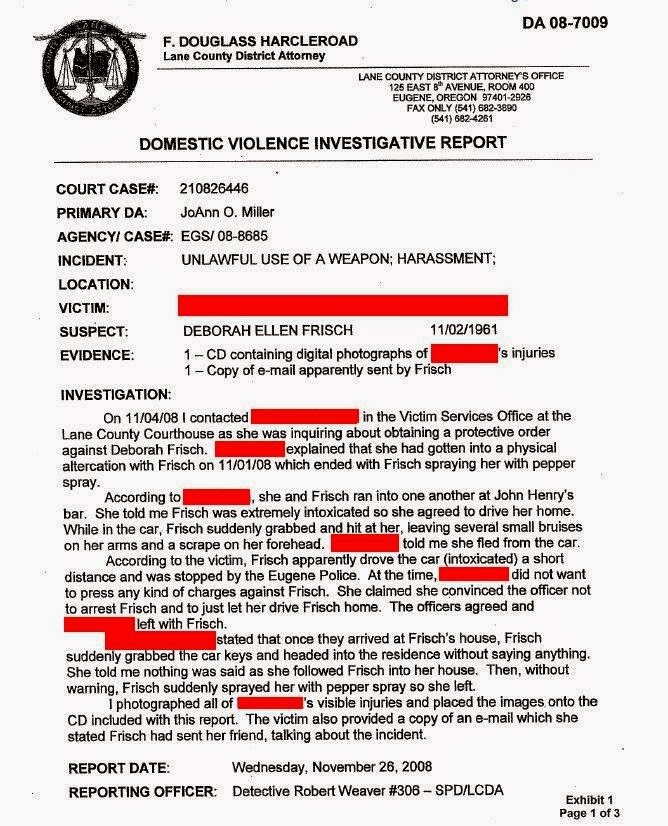