Gee, I wonder if the Federal Magistrate will let Debbie file another frivolous lawsuit.
You know, the Magistrate who smacked Debbie with several STFU orders, that Magistrate?

Yawn, another day, more toothless threats from Debbie Frisch. She's even blogstalking the
lawyer who made Debbie look like the moron she is by securing a SUMMARY JUDGMENT
against Debbie Frisch's 2010 frivolous lawsuit.

And Debbie wants to sue her public defender? That oughta go over well... 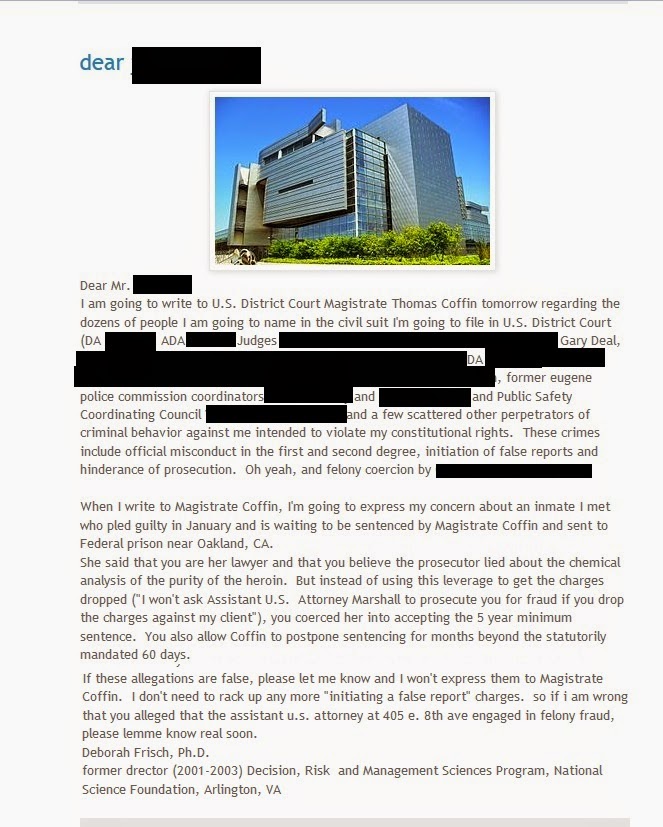 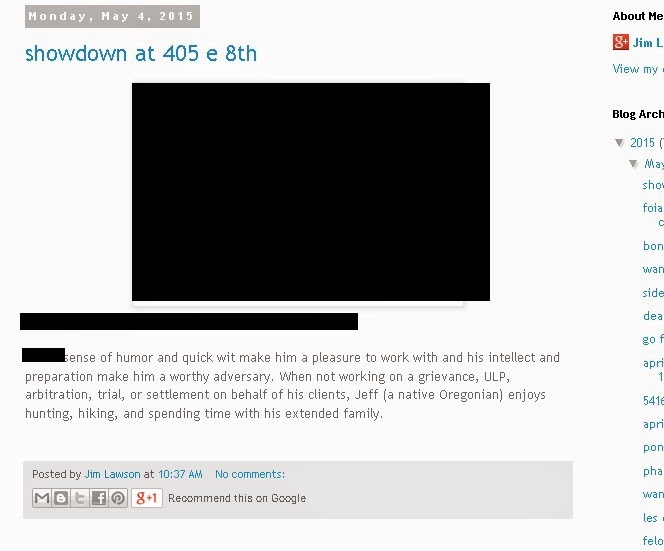