lol, Debbie Frisch doesn't like being "heckled" or told the consequences of her criminal behavior

How many Reality beatdowns will it take before Miss Debbie realizes her idiocy?

No, Debbie...they're just "heckling" you, lol 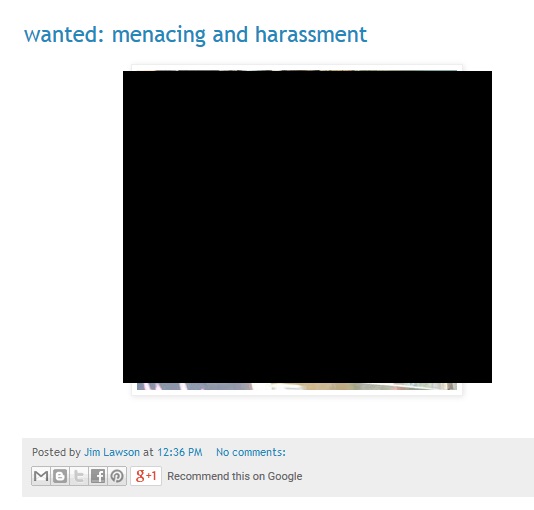 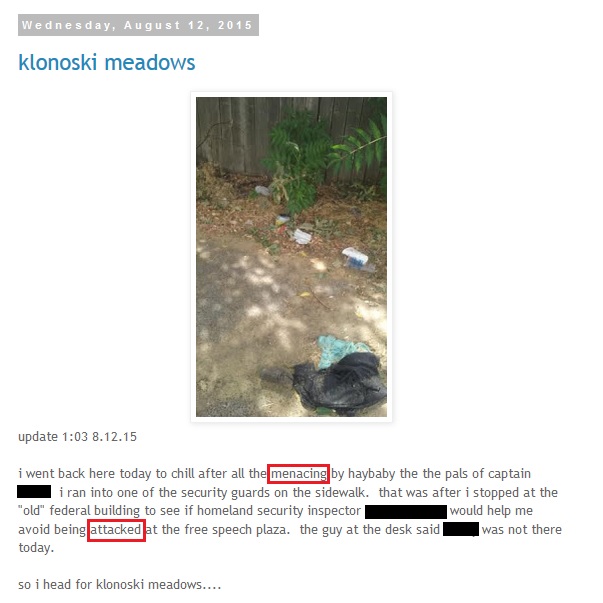 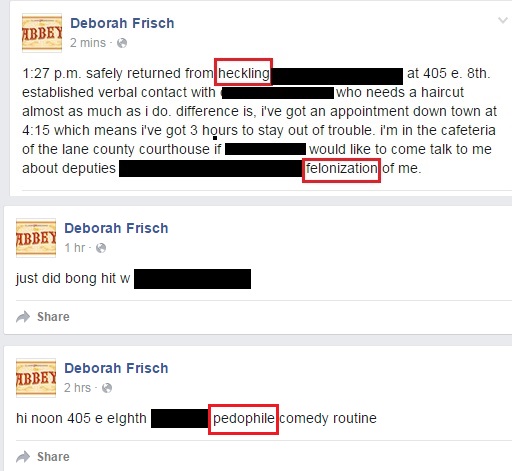 lol, yes Debbie, we all know you got fired by the University of Arizona for threatening and making sexual remarks about a toddler over the internet! 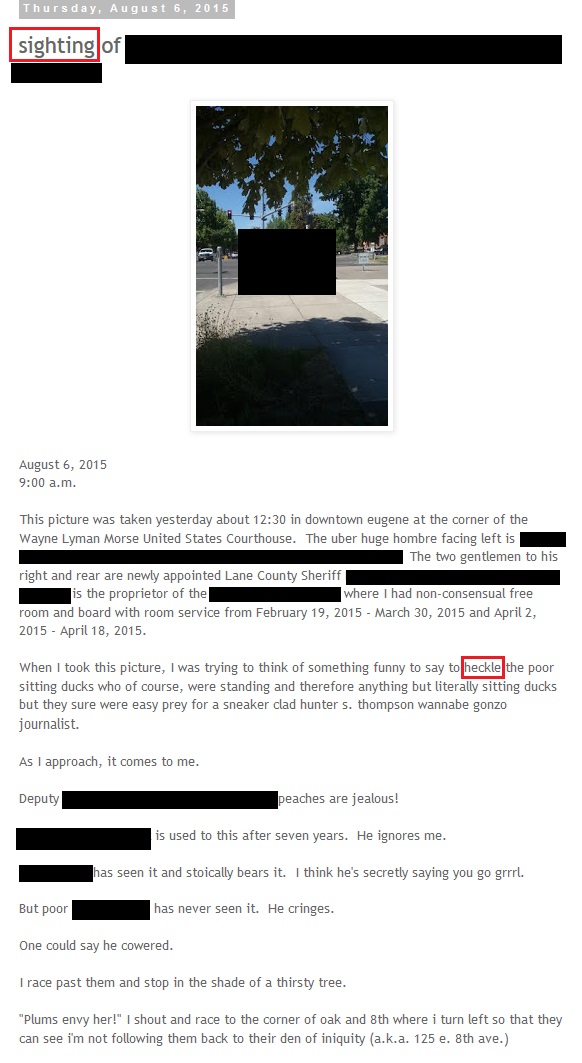 "Menaced"...Seems like Debbie needs a daily reminder of a basic fact about public behavior: 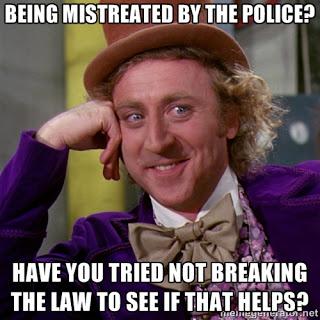 Hmm...Debbie claims to be victimized for "making a joke"...why does that sound like a
familiar rationalization? Amazing how, 10 years later, Debbie doesn't get a basic moral:

Hmmm...Debbie only finds her stalking/threatening/harassment a "bad idea" when she's deterred
by the imminent prospect of bodily harm. No surprise there... 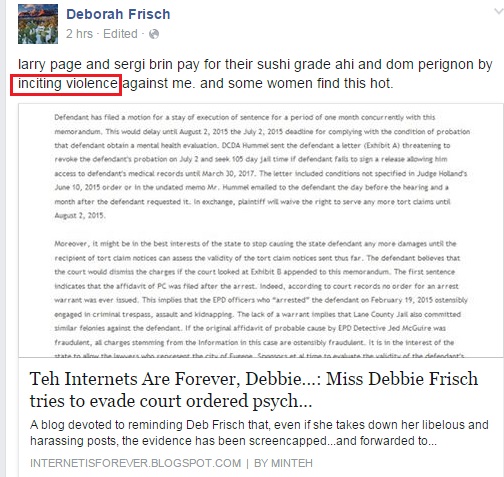 Update 7/19: Actually, Debbie, it's 100% legal to inform you of the consequences of your continued criminal behavior. But since you're the one with the stalking, harassment, criminal impersonation, etc. record, we see your limp lobes are S-L-O-W to get the point :)

Maybe if Debbie worked on her logic-skillz, she might not have that
lengthy criminal record... 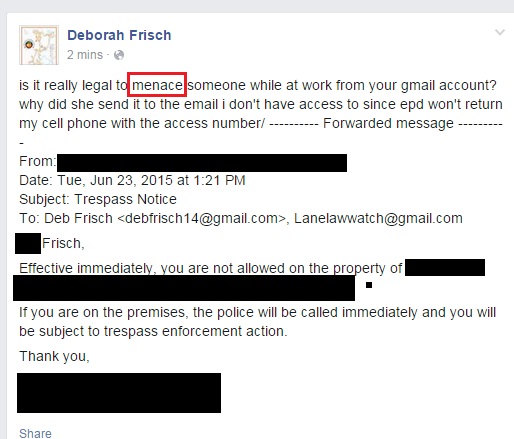 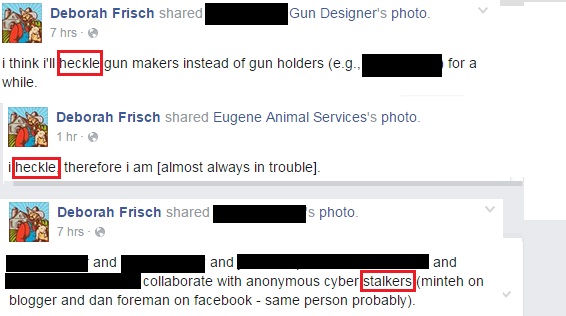