Hmmm...Debbie representing that she owns 86574 North Modesto Drive when it's actually
mommy and daddy's property? tsk-tsk... 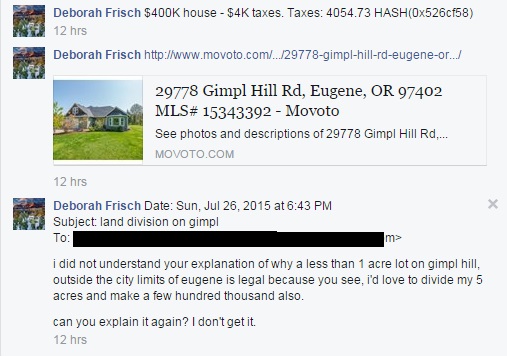 Flashback 2010:
Did dummy Deb Frisch commit FRAUD by subletting a house which she DOESN'T OWN??

From today's posting, it SEEMS that Deborah Frisch SUBLET the pig-sty she
lives in (which, as Lane County police records reveal, is located at 86574 North Modesto Drive, Eugene, OR 97402).