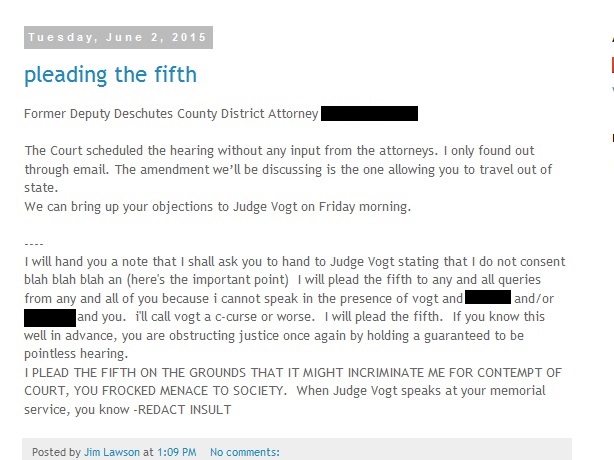 (May 15th) Not sure Debbie was stupid enough to actually SENT this threatening letter to the Lane County and Federal judges... She tried to wipe it from her blog, but, by now, Debbie should have realized that THE INTERNET IS FOREVER