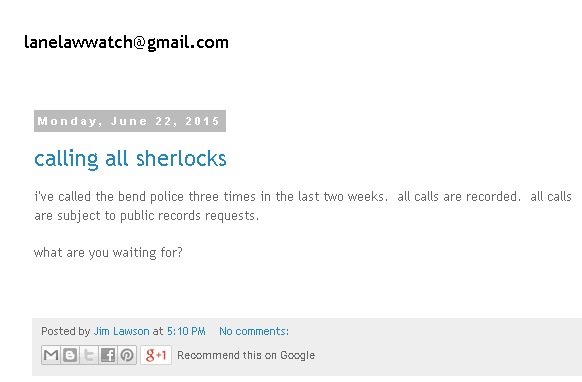 Update 6/1: Another day, another threat to make a false police report--this time to the Mountain View, California police department

1) Incite Violence? No, Debbie, WE don't "incite violence" against anyone...YOU are the one who was

4) Violent? Yes, Debbie, YOU'RE the one with criminal convictions for
5) Liar? Yes, Debbie, your criminal history shows that you have quite a history of lying--just read the newspapers and police reports:
As for Debbie's lawsuit-threat, we all know how frivolous and toothless those are...

Update 5/28: Another day, another lying report--this time on the City of Corvalis police Facebook page...AND another threat to file a false report with Bend police...Debbie seems to love catching criminal charges

Update 5/27: After this morning's shitfit, it looks like Debbie wants to invite a THIRD arrest for
stalking/false reports. Tsk-tsk...

Since you're already facing (more) prison-time for making false reports, Debbie Frisch, it's probably
not smart to go through with those emails... 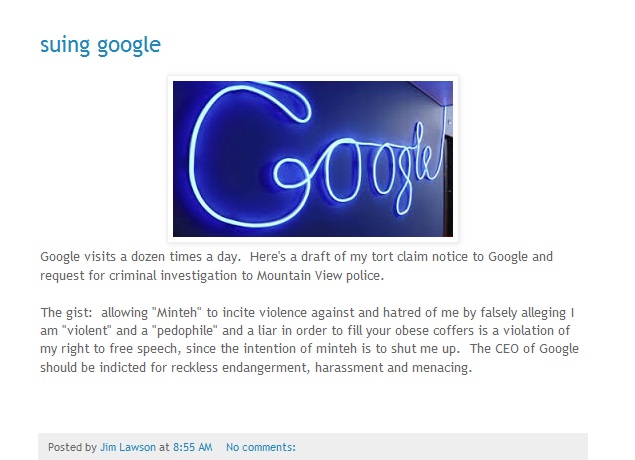 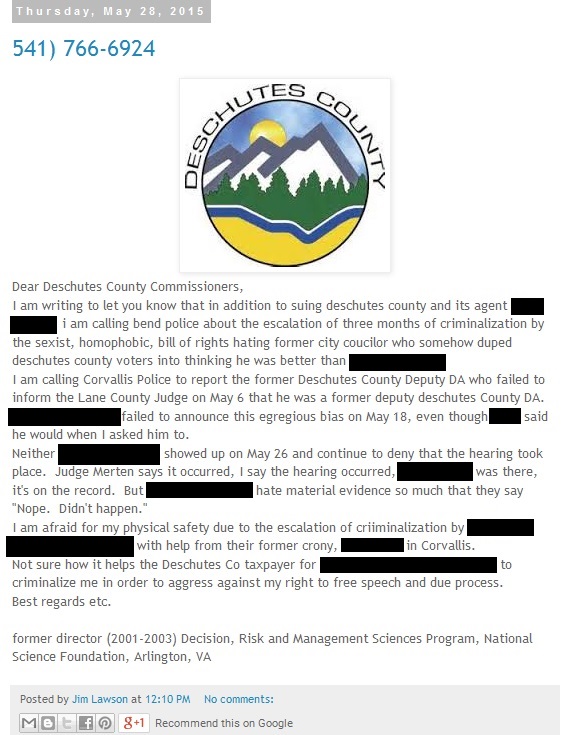 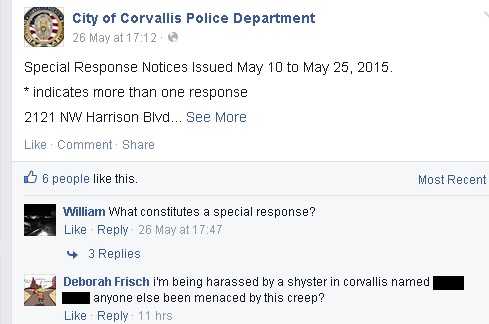 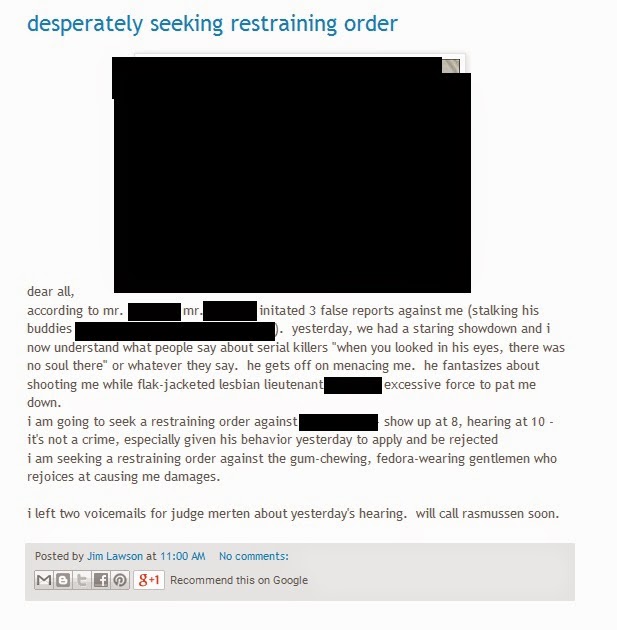 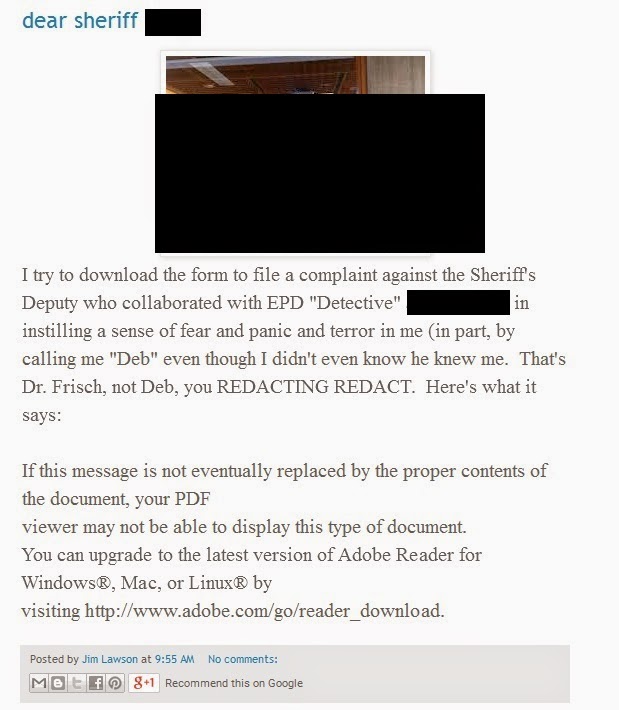 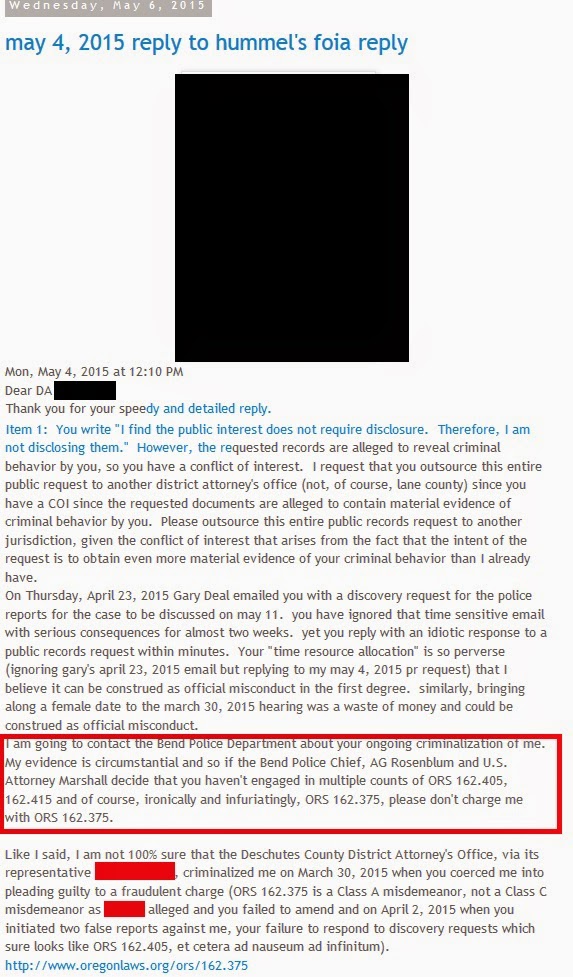 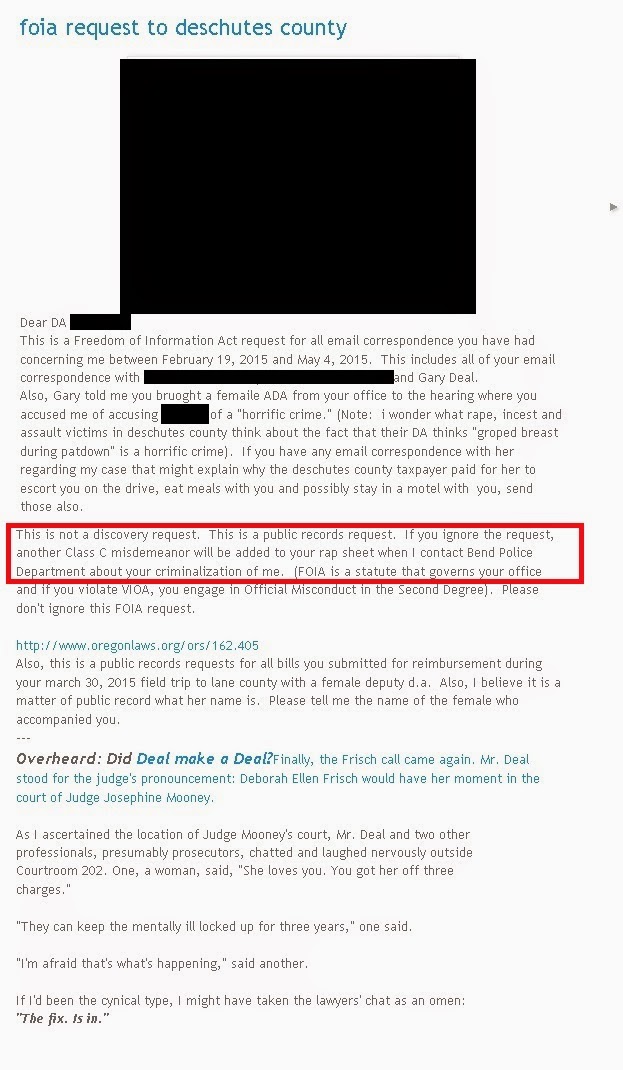 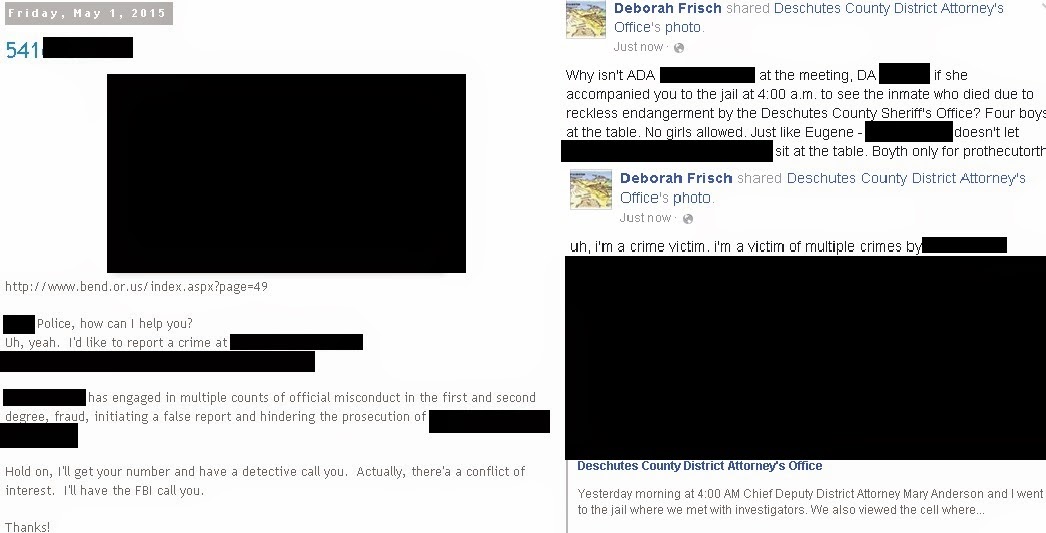 Here are the CONSEQUENCES: 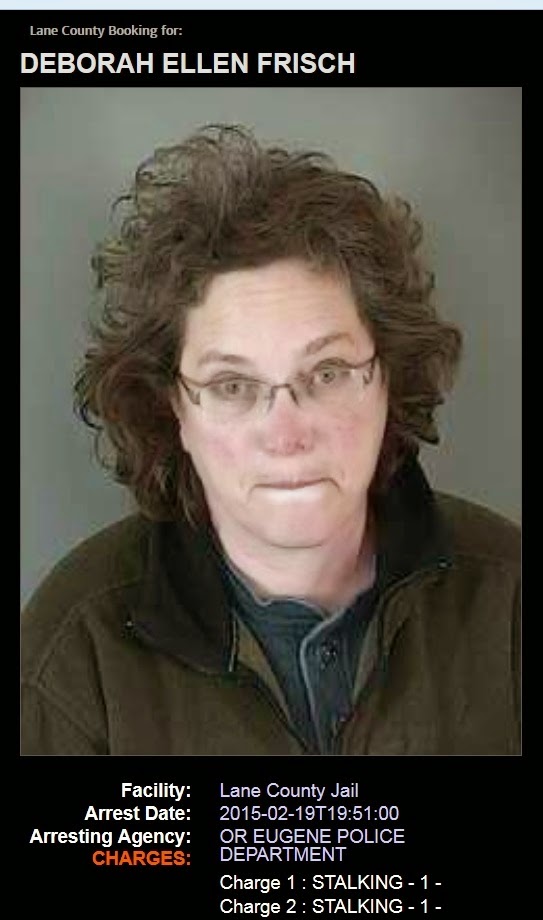