Also, there's that law against practicing law without a license (ORS 9.166), which
Miss On-probation-until-2017 Debbie Frisch ignores at her own peril... 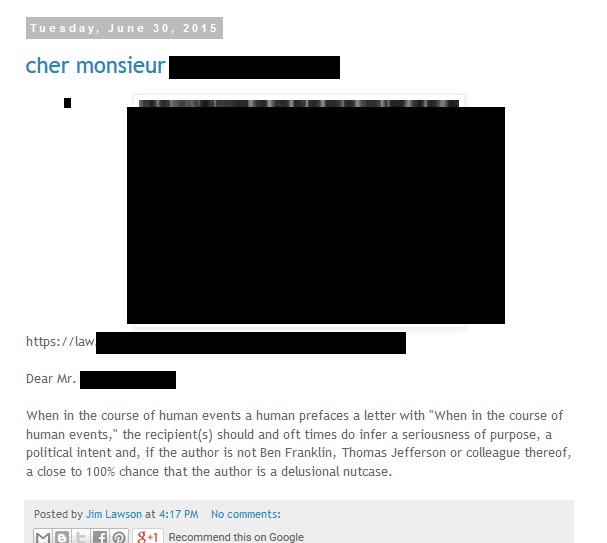 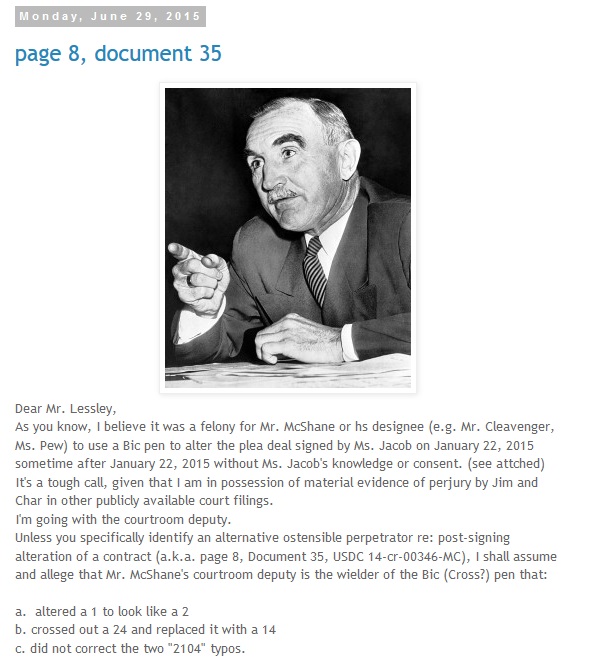 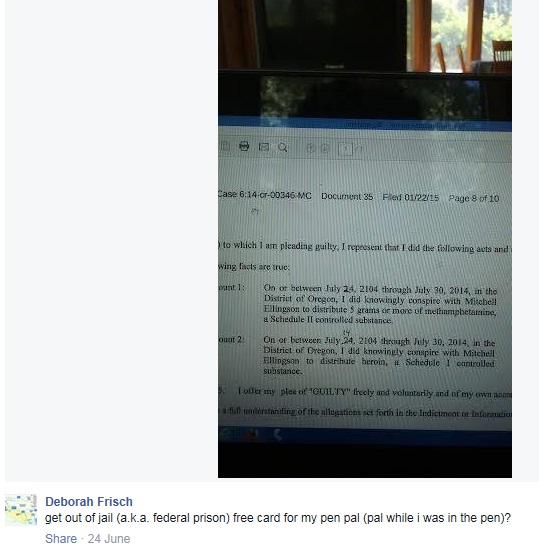 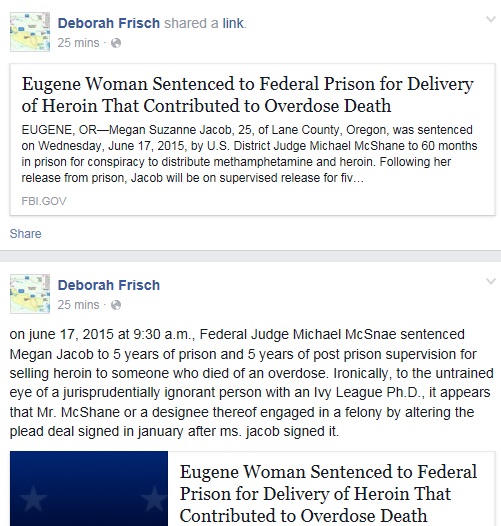 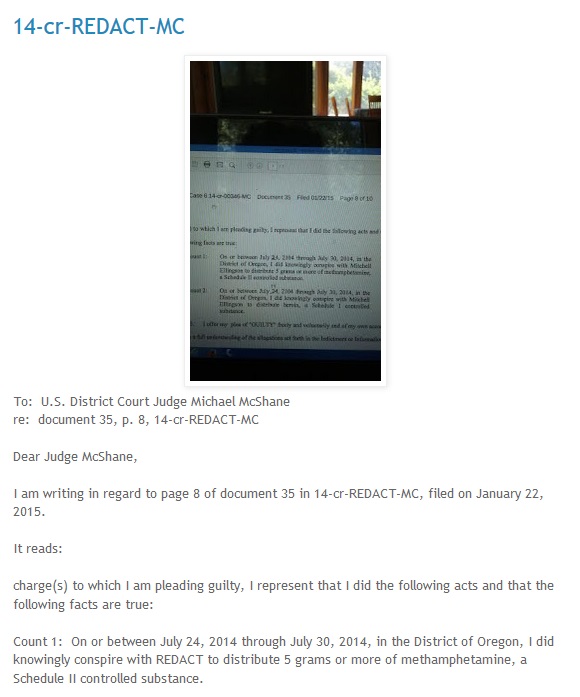 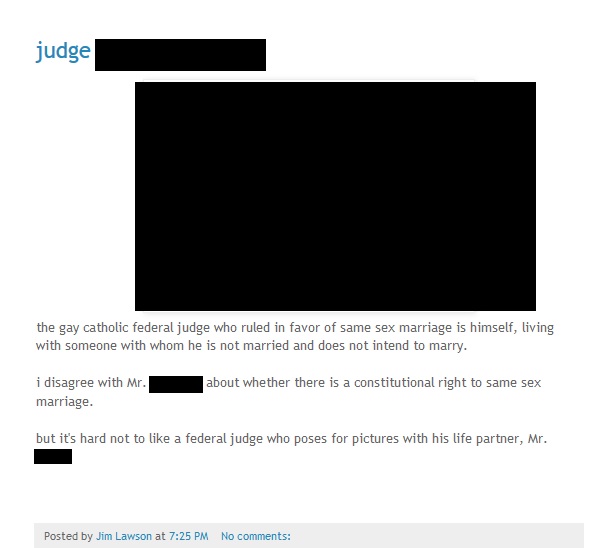 Update 6/22: So Debbie thinks she might have luck harassing the Eugene City Attorney? HAHAHAHAHAHA! 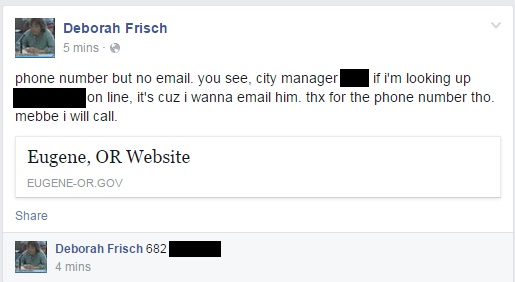 So Debbie thought she could match wits with real lawyers at yesterday's criminal hearing.

Result? "STFU, dummy, you're guilty on the Class A Misdemeanor, guilty on violating your probation, and better start behaving or else that 90+15 day suspended prison-sentence will become very REAL..." 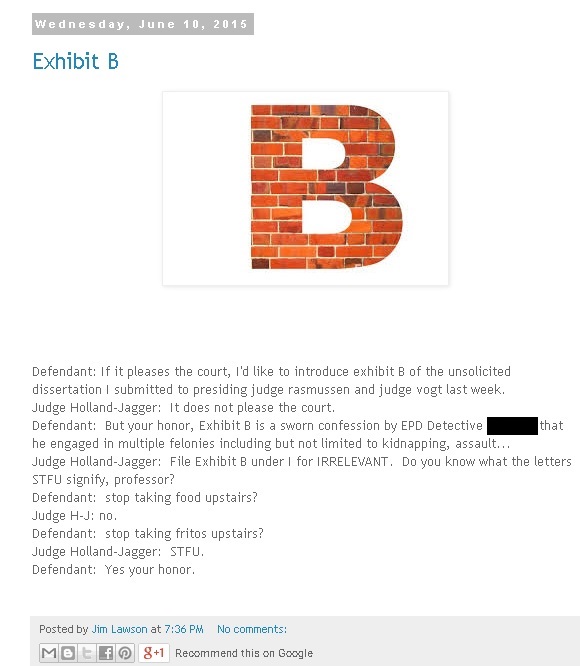 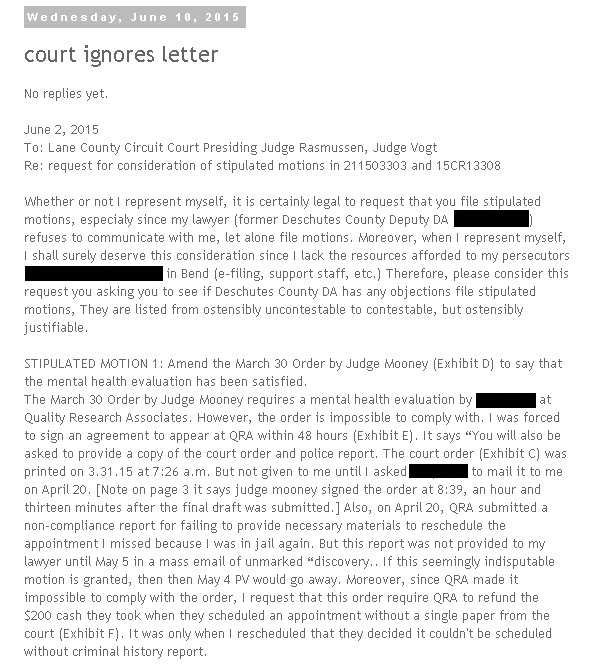 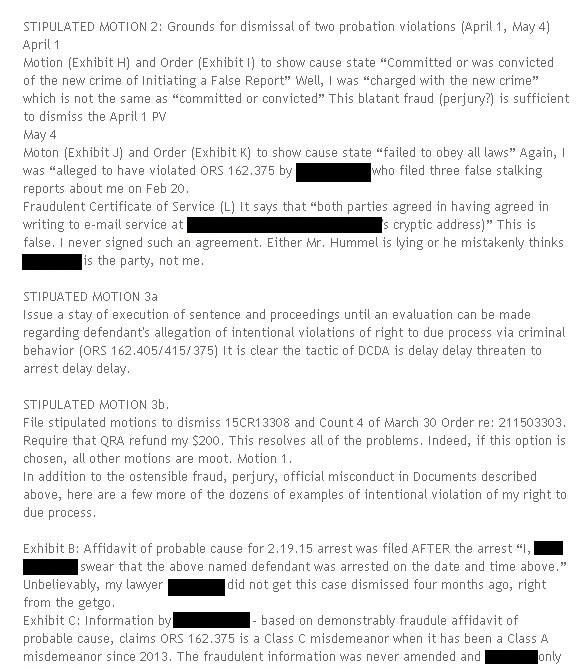 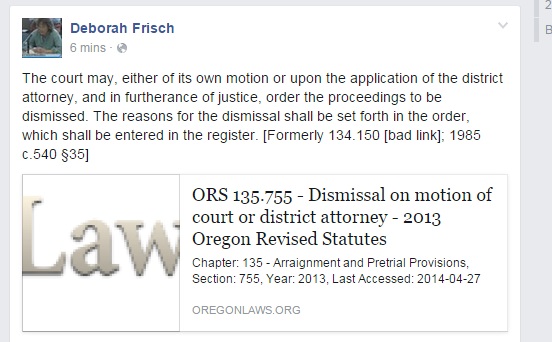 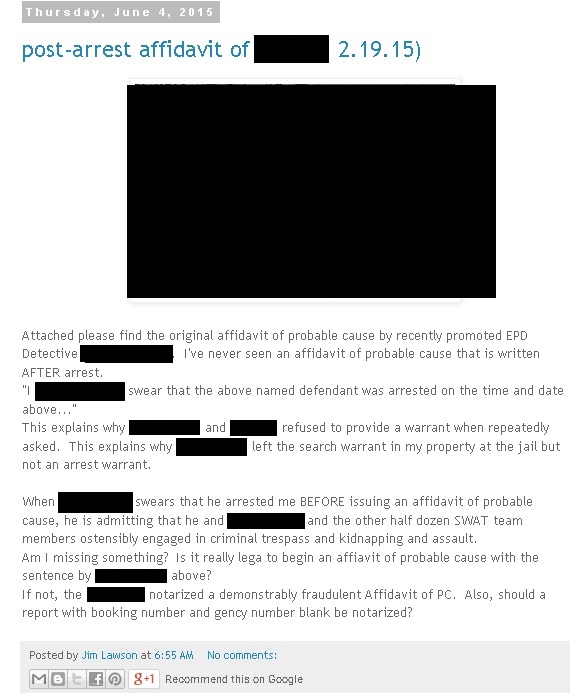 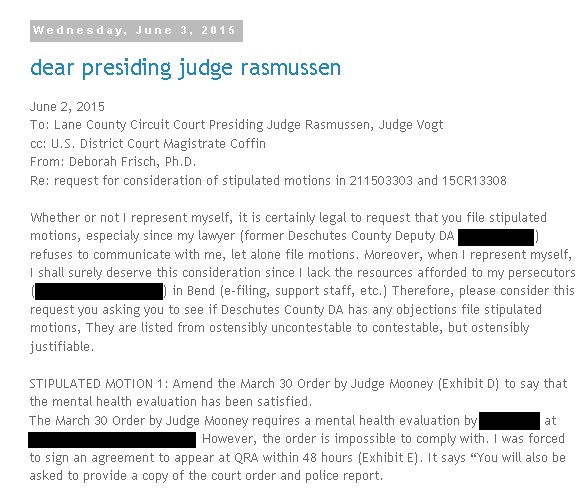 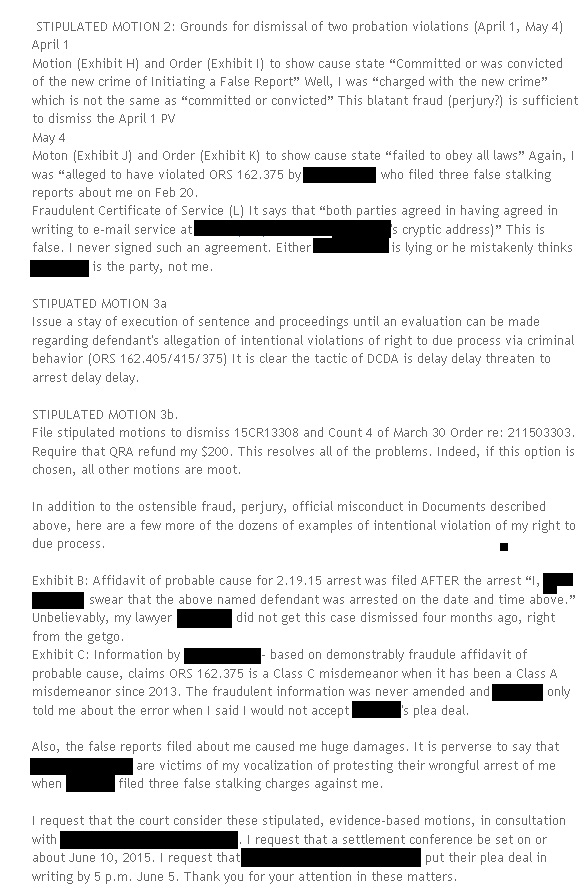