Funny how Debbie Frisch (seeking to soothe her butthurt at being thrown in jail and thrown out of Mommy and Daddy's Oregon house) cawls law enforcement and criminal justice officials in Oregon "dumb" or "stupid" ... because it leaves everyone just asking the laughing question at Debbie:

Hey, Debbie, if they're so dumb, but they won court cases against you, then what does that make YOU?! 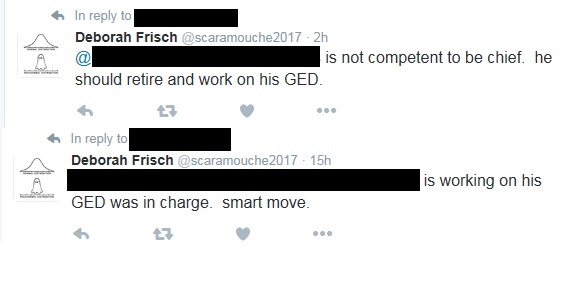 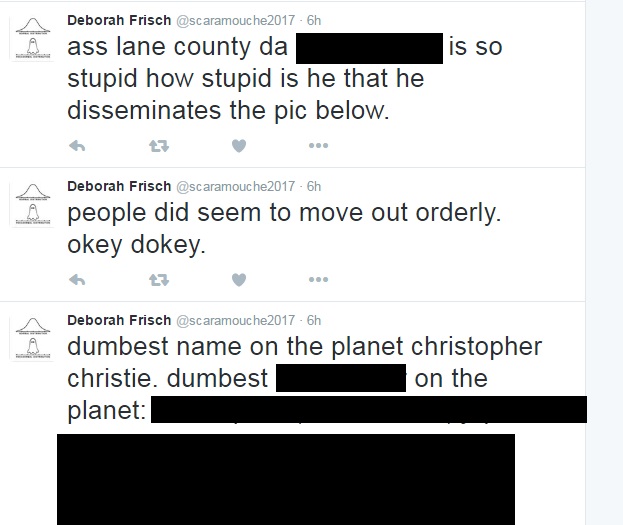