UPDATE 10/19/2016: LOL, Debbie STILL falsely predicting the arrest of people who smacked Debbie in self-defense when Debbie tried to stalk, harass and threaten them...

UPDATE 10/11/2016: LOL, Debbie's still butthurt that the people who she tried to menace, threaten and harass actually DEFENDED themselves! lol

UPDATE 10/3/2016: LOL, butthurt Debbie calls protester "stalker"...even though DEBBIE is the one with the CRIMINAL RECORD of stalking (and harassment and menacing and threatening and......)

So there was this protest in El Cajon California.

So racist Debbie Frisch decides to harass the protestors.

So the protesters defend themselves by giving Debbie the face-smashing she deserves.

Oh yeah, and then Debbie got drunk at The Lost Abbey. As usual. 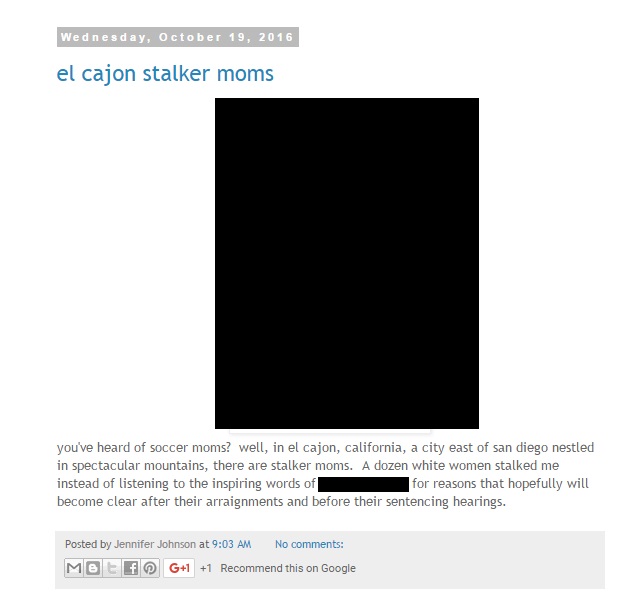 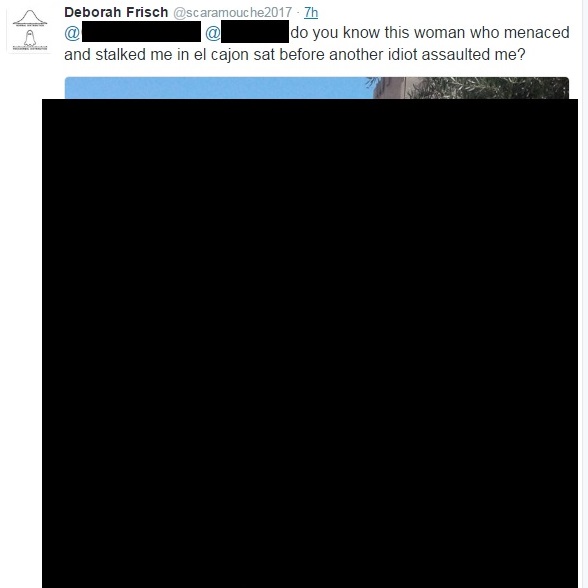 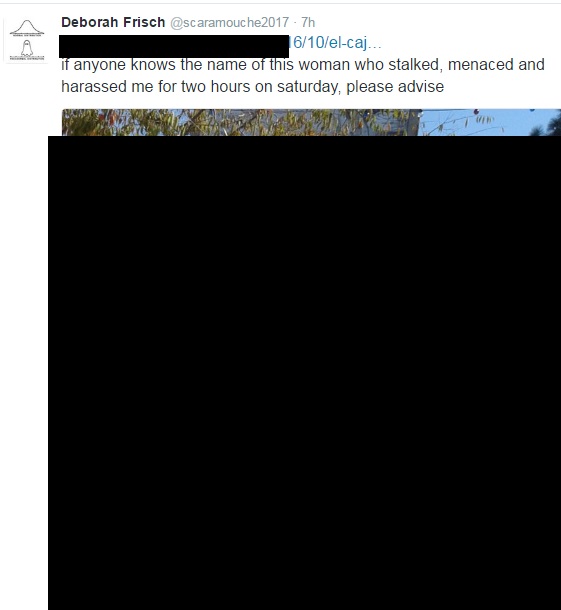 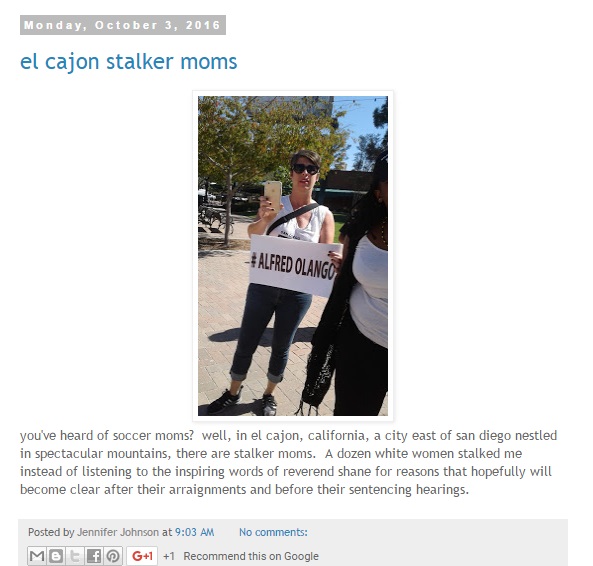 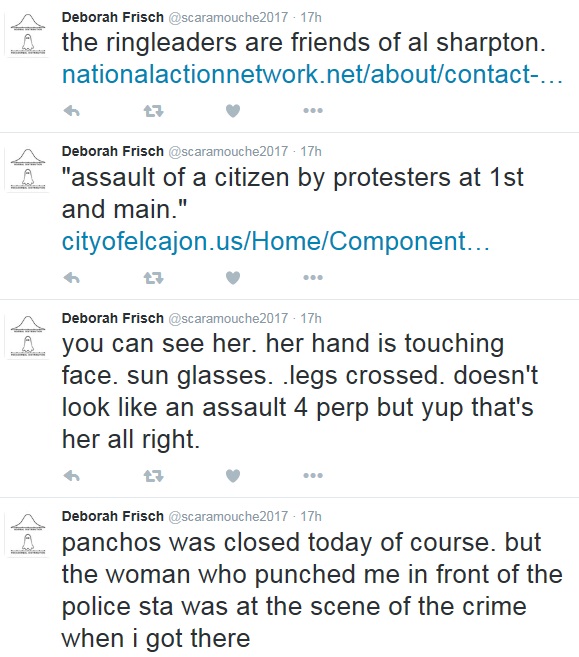 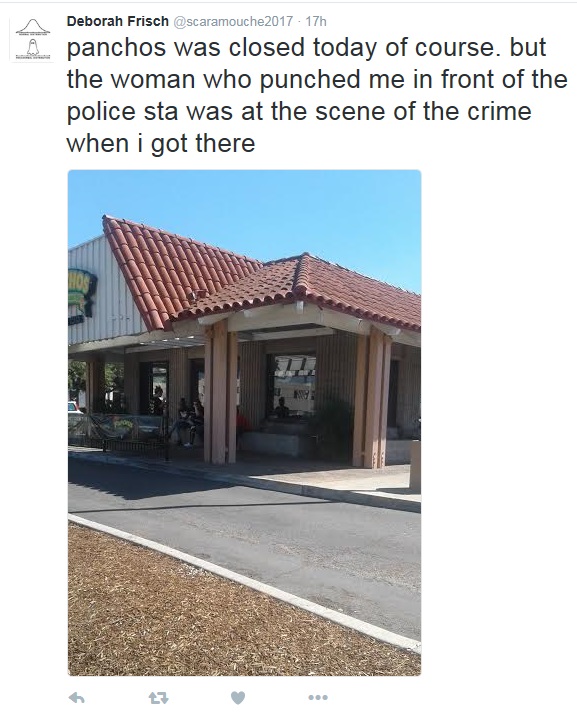 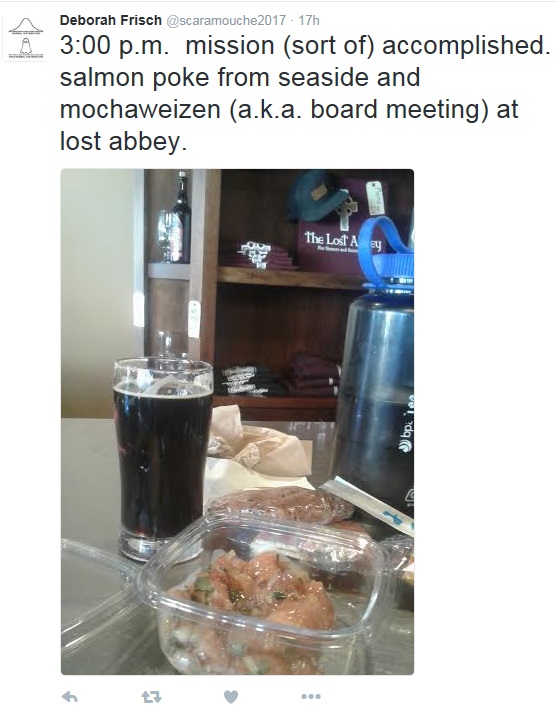 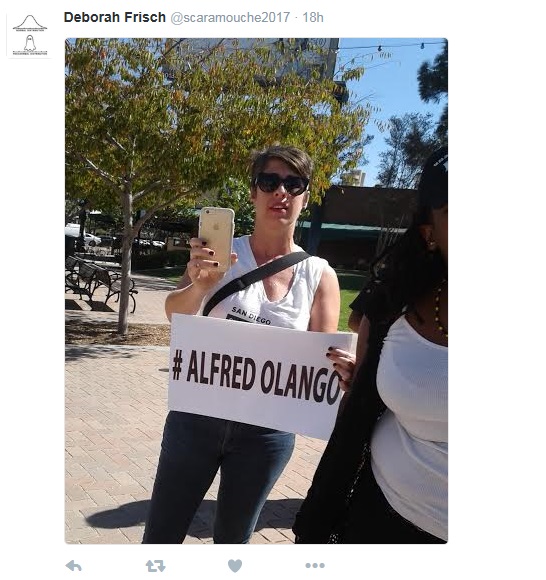 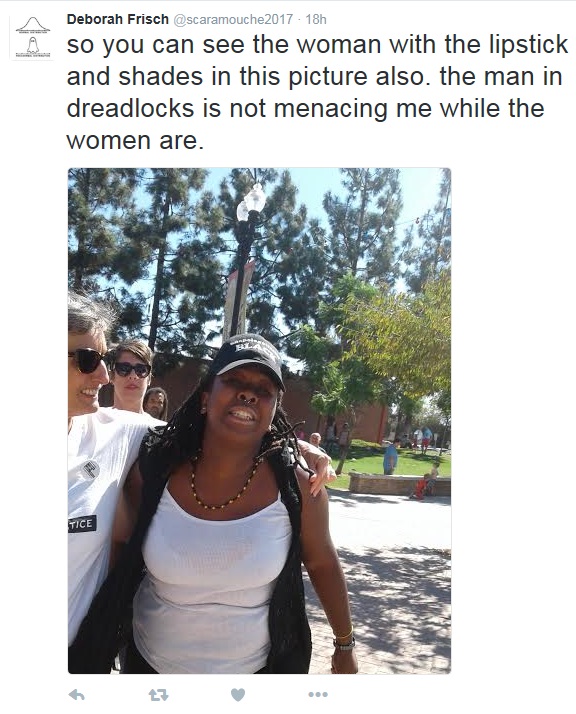