UPDATE 10/15/2016: Debbie STILL butthurt over her criminal behavior getting caught on tape, threatens to stalk and harass witness to Debbie's crime. 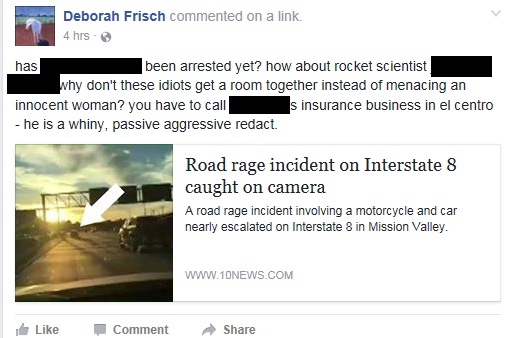 A "crime"? As usual, Debbie, your legal knowledge sucks ballz (just ask REAL lawyers what they think of your abilities lol). In any event, YOURE the one who should be worried about getting held accountable for YOUR crimes!

LOL, reporter tracks down Debbie from her license plate. Reporter asks Debbie for a comment on her reckless (and drunk?) driving. Debbie whines TELEPHONIC HARASSMENT (one of the many crimes on Debbie's rap sheet, by the way...) 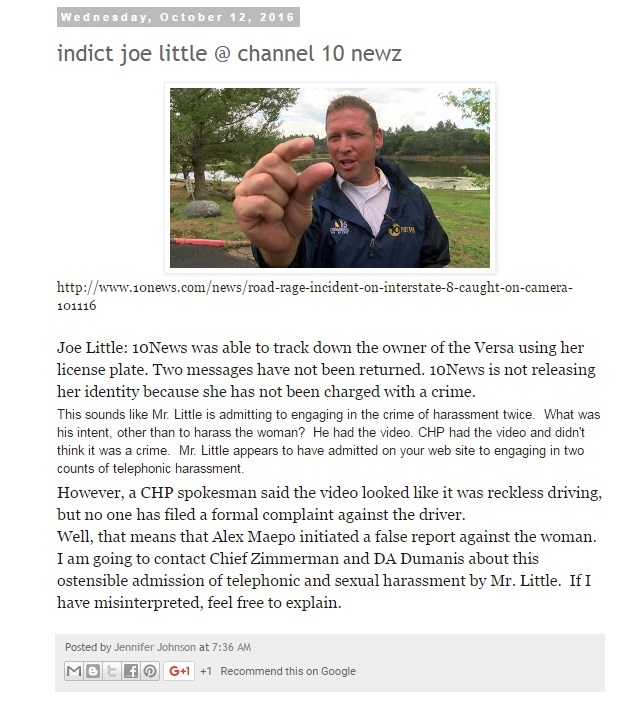 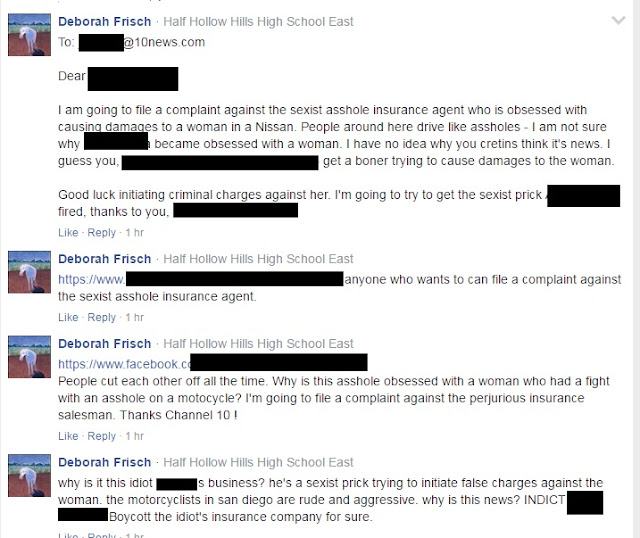 Anyone know if Deb Frisch is driving a Nissan these days?