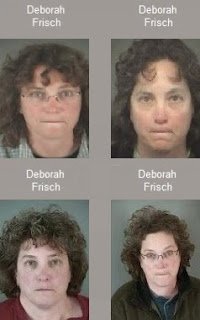 Hmmm...Debbie stalks and libels her past stalking/harassment/threatening victims. I wonder why? Why would Debbie be stalking harassing and libeling them (and Lane County law enforcement and criminal justice officials)?
HINT: Deb Frisch spent a good long time in jail for her criminal behavior in 2015. Looks like Deborah Frisch is still feeling butthurt for being held accountable for her

criminal acts, and is lashing out at law enforcement, judges, prosecutors, etc.

HEY DEBBIE, IF YOU DONT WANT TO BE ARRESTED AND JAILED, STOP STALKING, HARASSING, AND THREATENING PEOPLE! 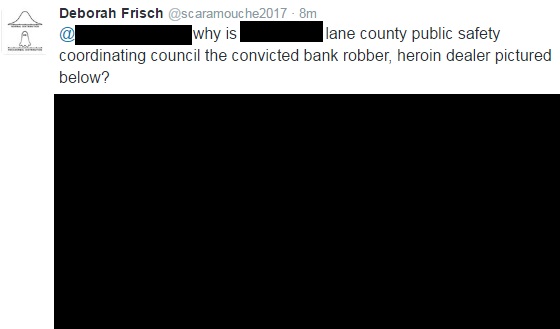