UPDATE 10/19/2016: Debbie libels one of her victims, whose criminal complaint against Debbie in 2011 led to Debbie's being arrested and found GUILTY of harassment and criminal impersonation...

Hmmm...Debbie stalks and harasses Oregon judges and law enforcement officials. I wonder why? Why would Debbie be stalking harassing and libeling Lane County law enforcement and criminal justice officials? 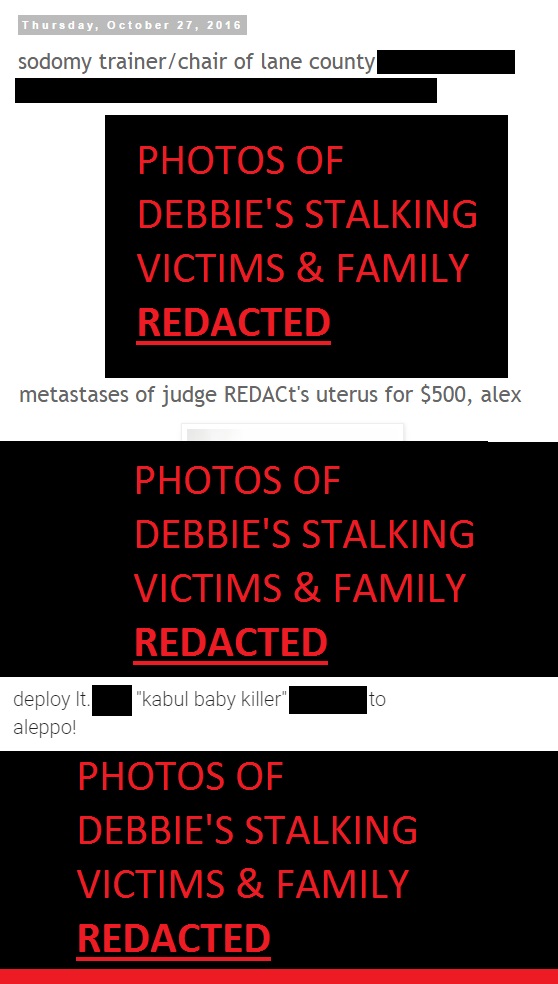 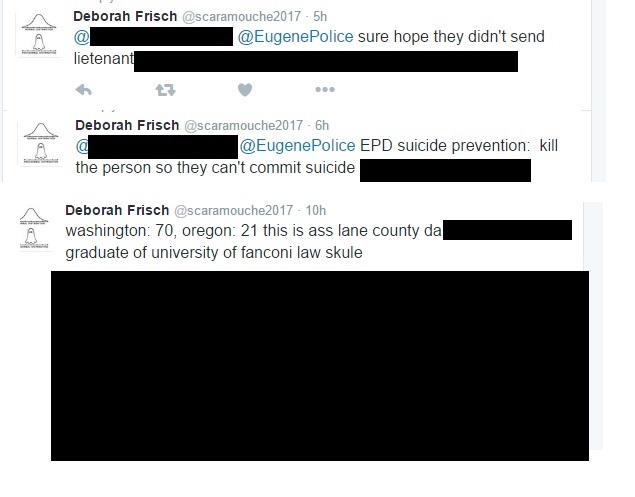 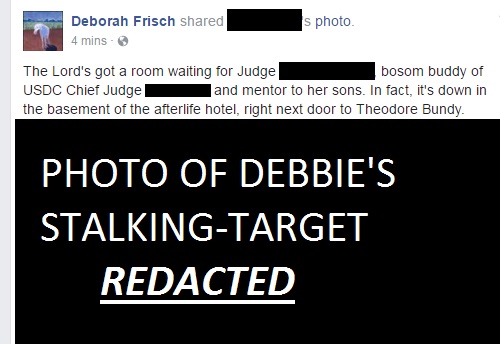 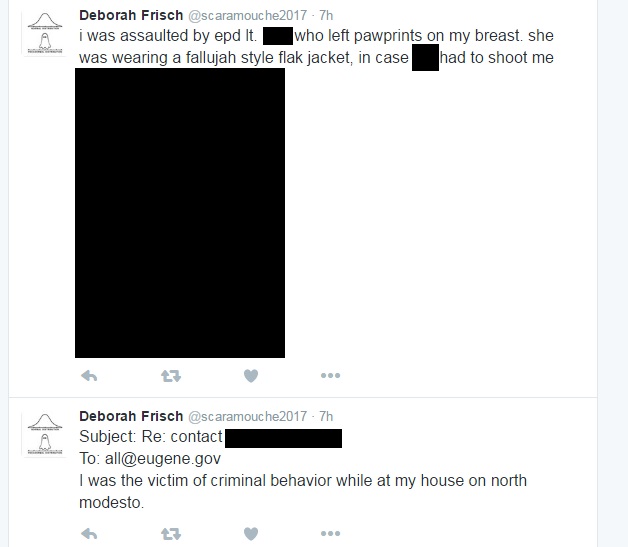