Well, after teh last frenzy of harassing and libelous blog posts, Dummy
Deb Frisch (aka Oregon Convict 1675174) was no doubt ordered to STFU
by her lawyer... she managed to stay STFU for almost 4 days!
Today's spew--where Debbie pitches a shitfit about her public defender,
libels her very first stalking victim (for which Debbie was arrested and
received a year's probation in 2006-2007), as well as the psychiatrist
who was court-ordered to evaluate Frisch's psycho tendencies after
Debbie's assault/stalking/harassment conviction in 2009--broke
that record of golden STFUence. 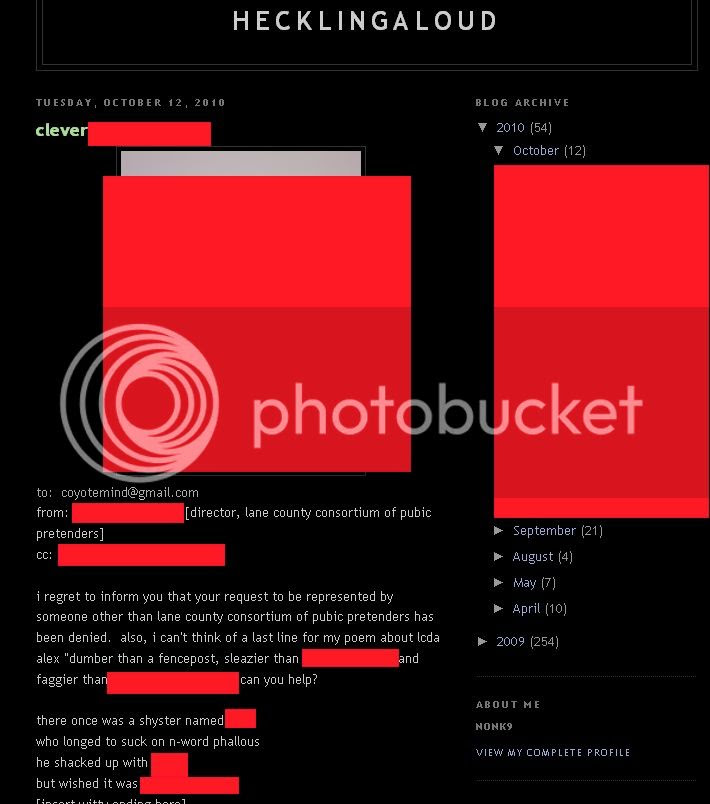 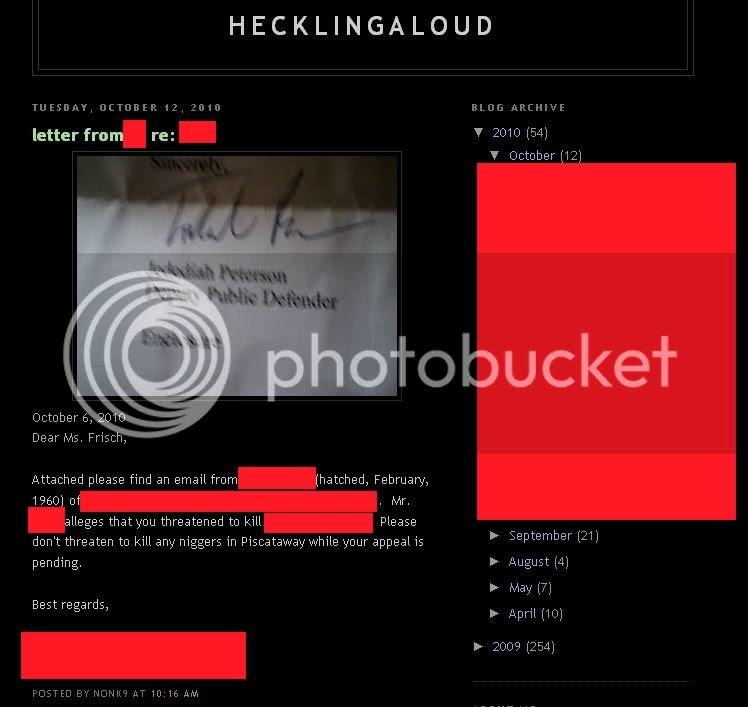 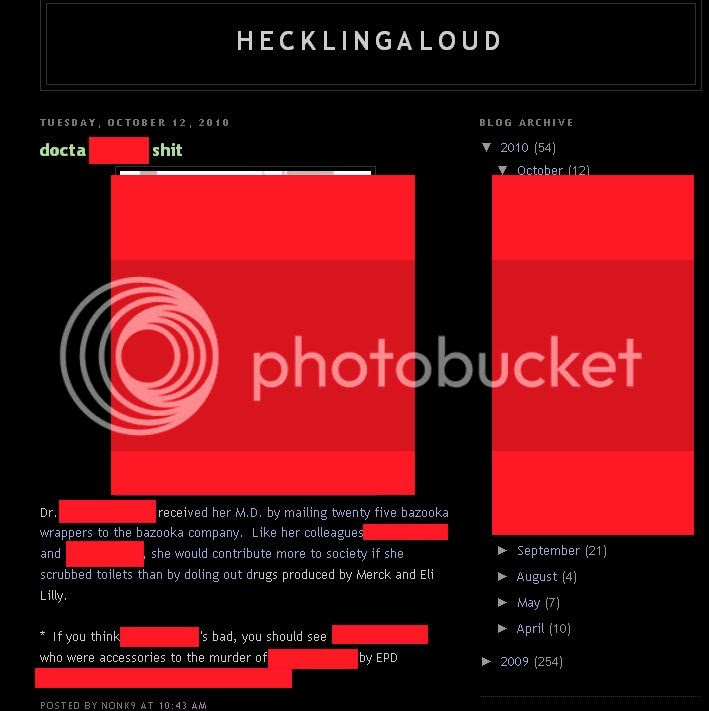 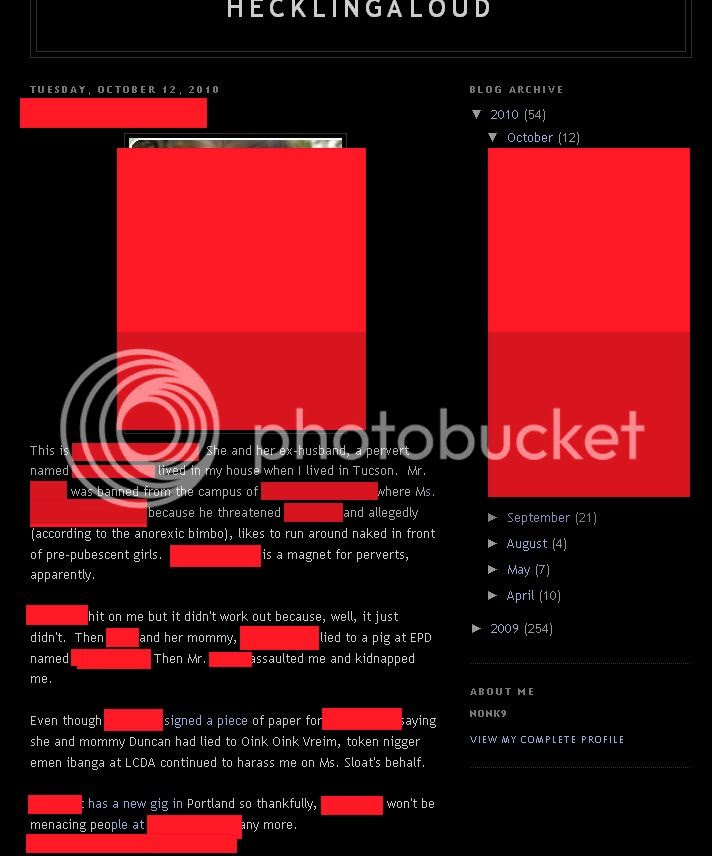