Update (7/31) LOL, Dummy Debbie claims the new Lane County DA is a "felon"
So how come it's just DEBBIE who has the REAL criminal record? 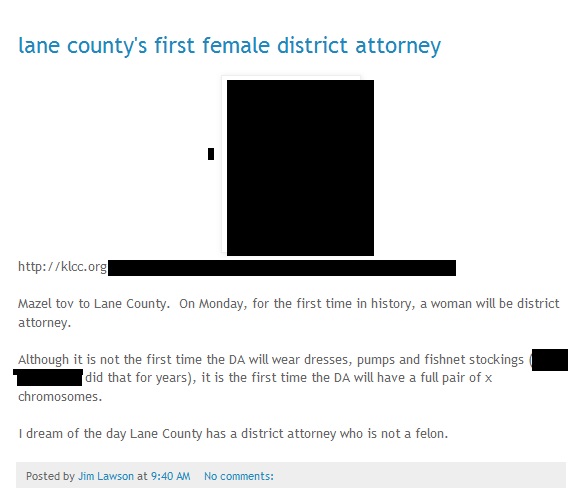 Update (6/7) Yup, Debbie's still trying to blame others for her own criminal behavior.

Update (6/2) Yawn...Debbie's moronic understanding of law is illustrated in her attempt to project ORS 162.235 on the prosecutor...when it's DEBBIE who has the criminal record for stalking, harassment and threatening people...(Debbie's behavior has also been described as exhibiting the DARVO phenomenon

Update (5/27-28): LOL, Debbie tries to accuse the DDA of fraud, and gets the reply:
"STFU, criminal, we don't care about your attempts to libel the prosecutors holding
you accountable for your criminal behavior!"

Funny how Debbie accuses others of criminal behavior, yet SHE'S the one with the
extensive arrest and conviction record...

And for teh record: yes, Debbie DID "commit" the crime of Initiating a False Report
on or about March 31, 2015...just ask the Eugene Register-Guard... 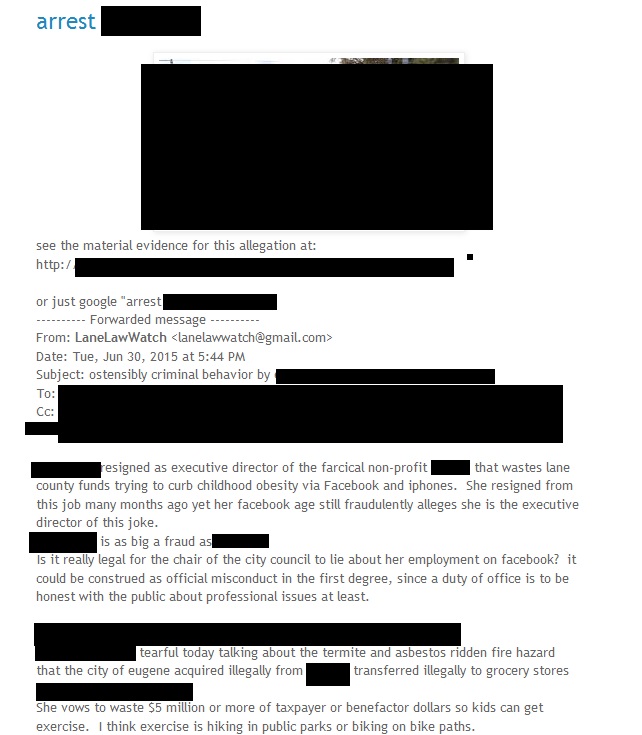 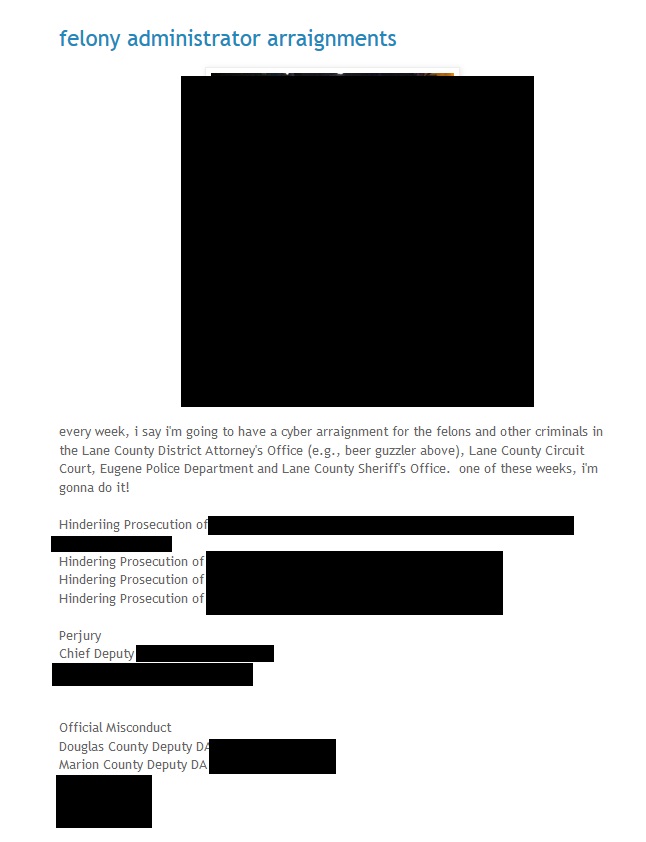 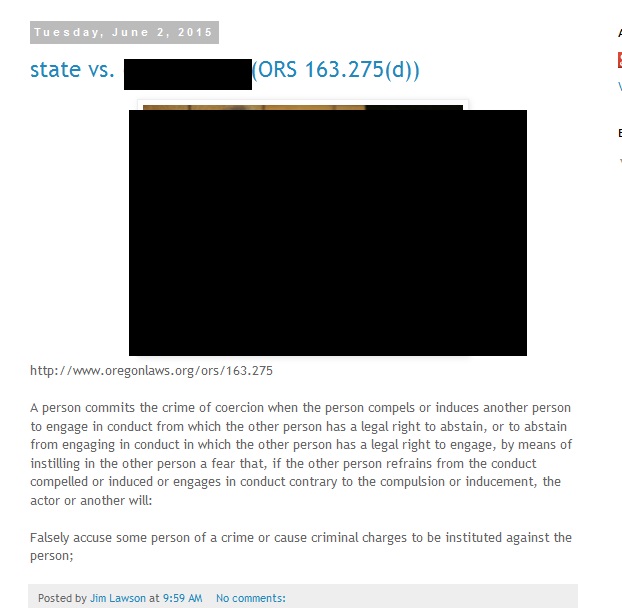 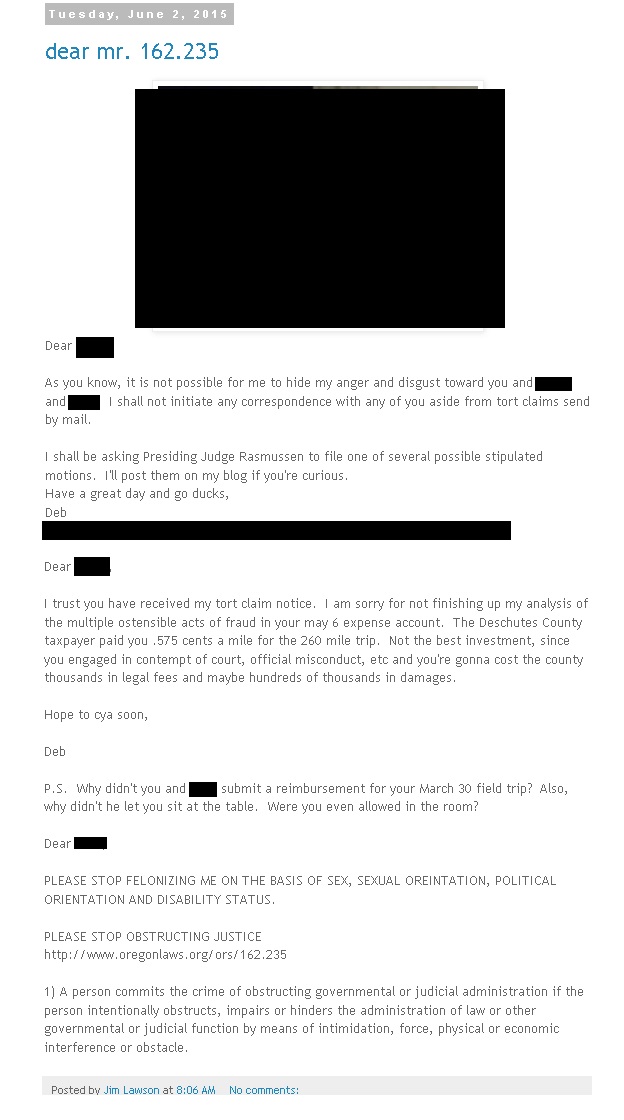 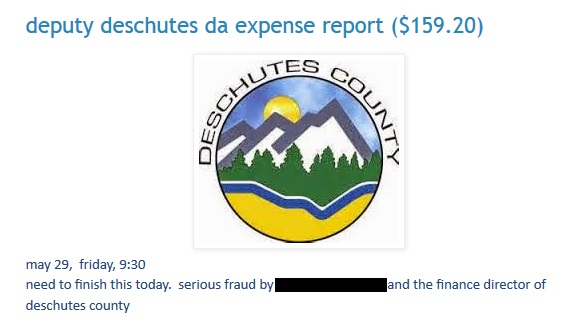 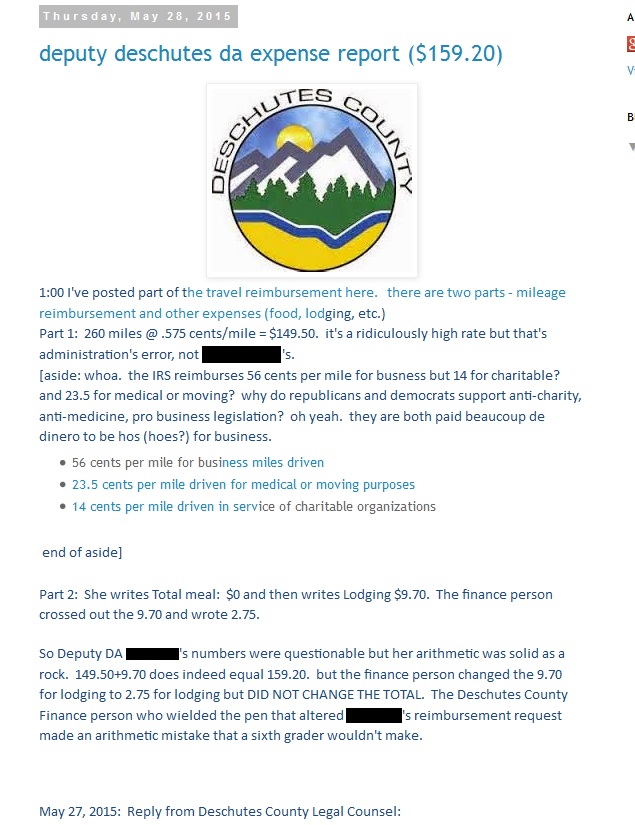 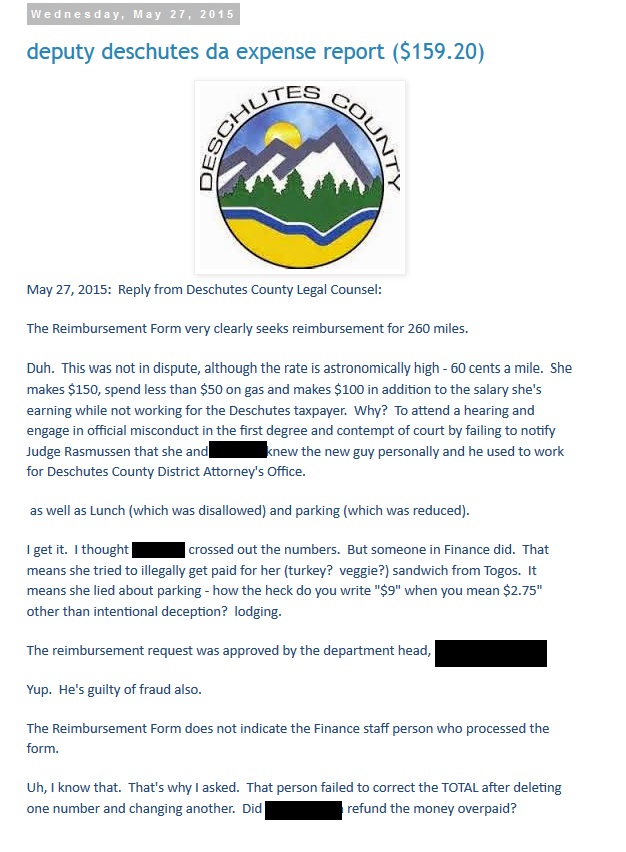 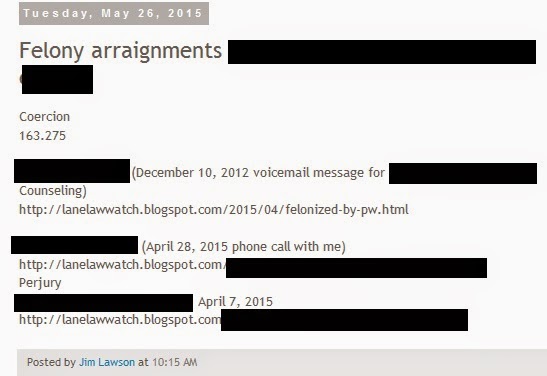 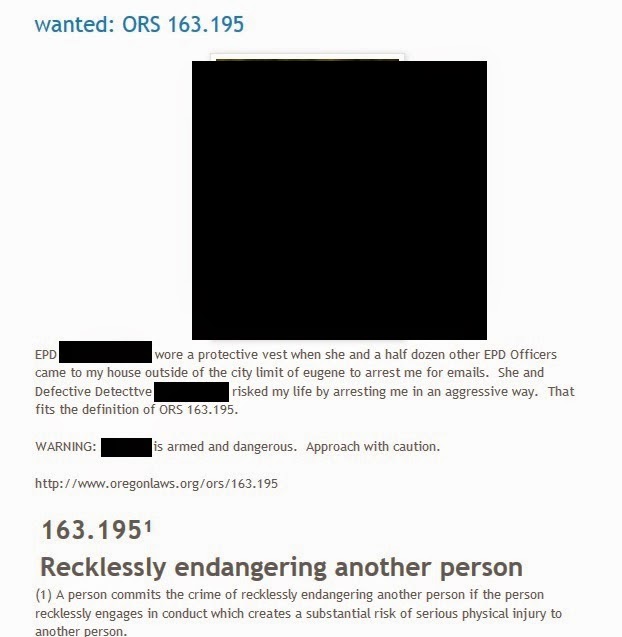 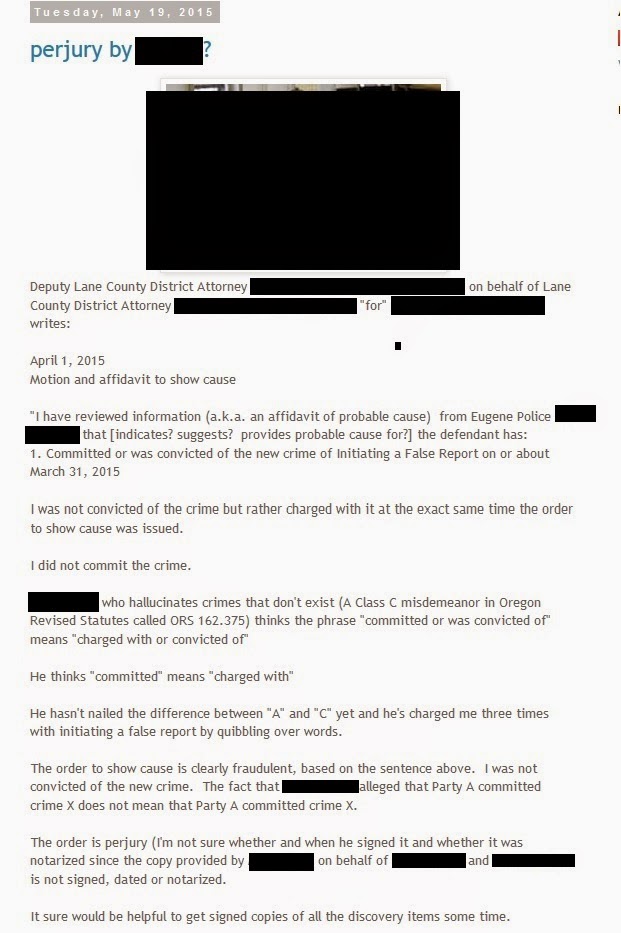 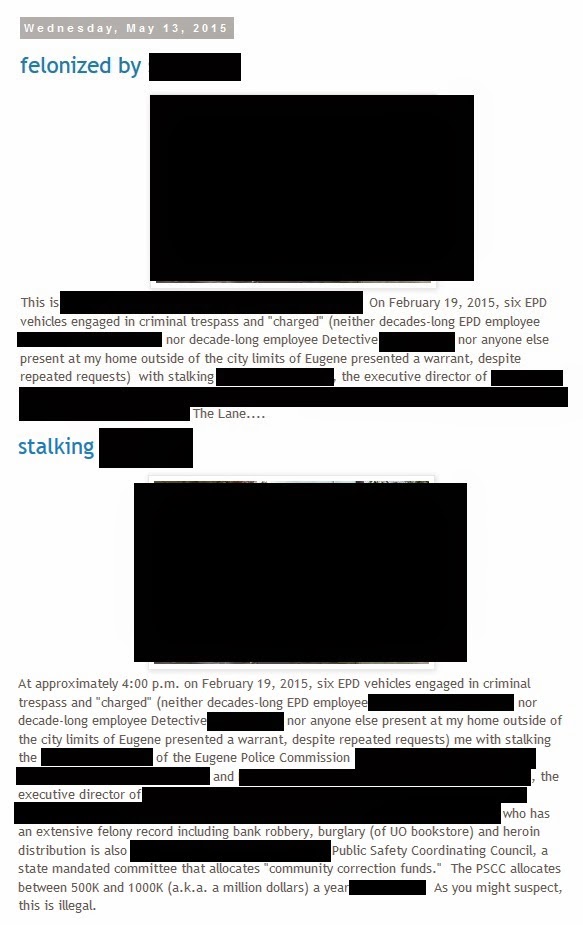