And Debbie's still butthurt over getting smacked with a Restraining Order in 2010? Good luck trying to re-litigate that, dummy!

And Debbie wants to try to practice law without a license in the Megan Jacob case? lol, someone better warn the poor girl...

Unfortunately for Debbie, there's also this thing called "google," which quickly
reveals why her "tort claims notices" are toothless:
For MOAR on  Debbie's legal EPIC FAIL in trying to sue Eugene Oregon in 2009-2010... 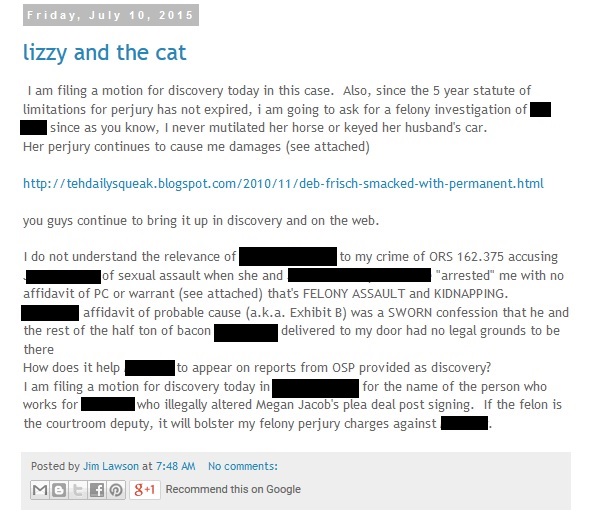