Still feeling butthurt by people who have held her accountable for her criminal actions, Miss Debbie threatens a toothless tort claims notice...but not that the feds have banned her from the Federal Court house, how WILL Debbie make that lolsuit work? lol 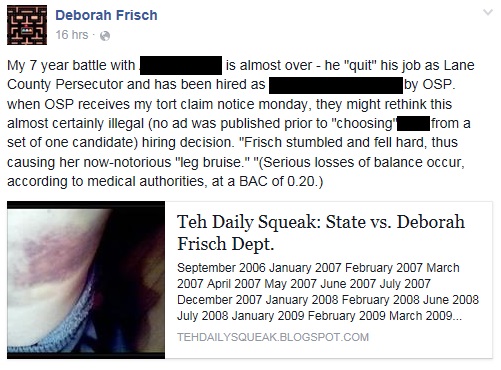 Where'd that bruise come from? Answer:

FRISCH WAS BAR-HOPPING, STUMBLING DRUNK,
ON NIGHT OF ASSAULT

Eugene (Feb 13)--New details have emerged in accounts
of Miss Debbie's criminal activities on the fateful night of
Nov. 1 2008. The accounts, coupled with earlier information,
tell of a harrowingly batfrisch crayzee night. Small wonder
that Frisch now faces criminal charges, in a trial scheduled
to begin on March 4th.

It has been learned:

Guess which one is still all butthurt? 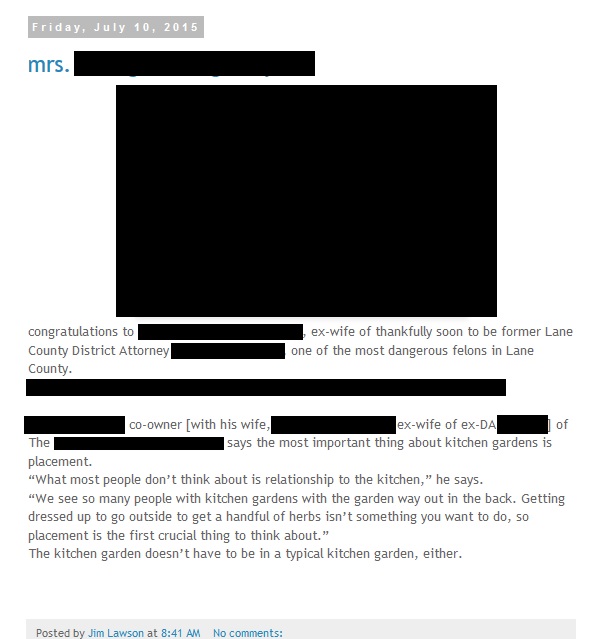