LOL, Debbie Frisch trumpets her inability to parse BASIC ENGLISH* in this "reply" to the Lane County Criminal Court judge's letter, telling Miss Debbie in no uncertain terms that if she violates her probation, she gets the CUFFS again!
Deb Frisch's stupid attempts to re-define the English language are well-known: See the Debbie Frisch lexicon 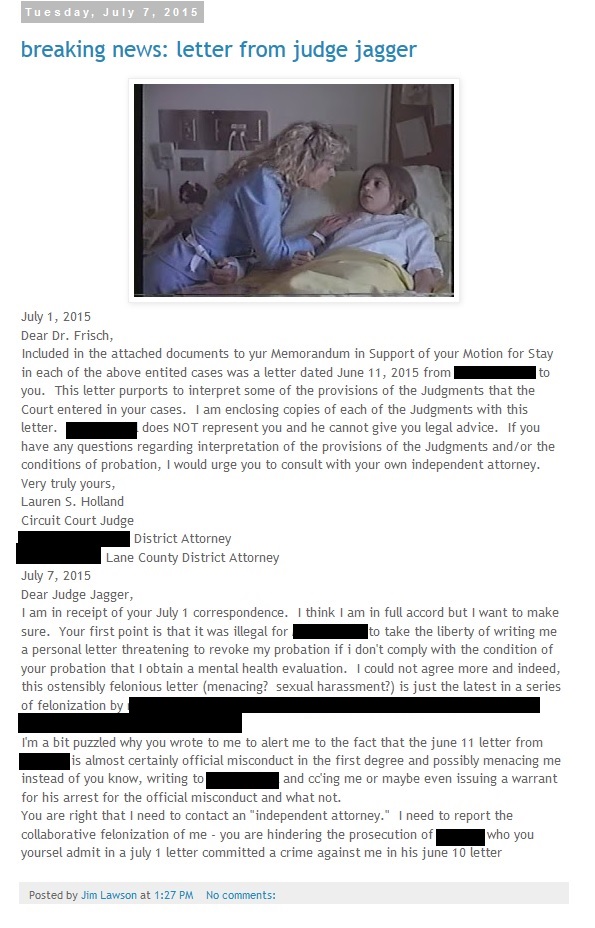