Update July 26: I can imagine the DA's reply to this one:

Dear Debbie,
Since the Federal court has BANNED your criminal ass from the building, we know
that your lawsuit-talk is all a bluff. P.S. Obey the terms of your probation--or else you
get the CUFFS again! Capice, dummy?
--The DA 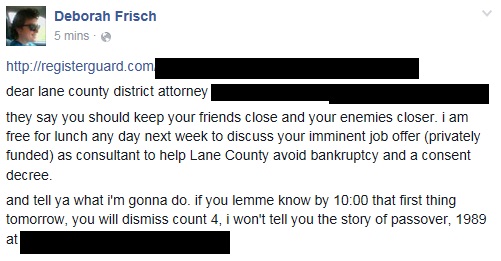 Update July 21: Yeah, Debbie must be smoking a LOT of weed if she thinks her impotent, incompetent tort claims notices are gonna get her anything but the CUFFS again... 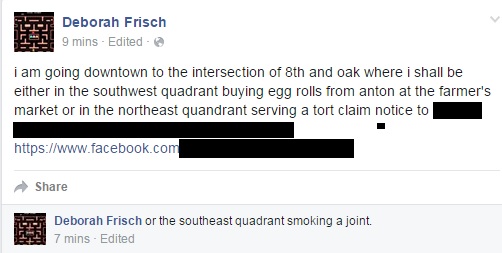 Update July 20: Wonder whether EWEB will be able to stop laughing at Debbie's incompetent tort claims notice. Kinda hard to wage a lawsuit when the Federal court has BANNED your criminal ass from the building... 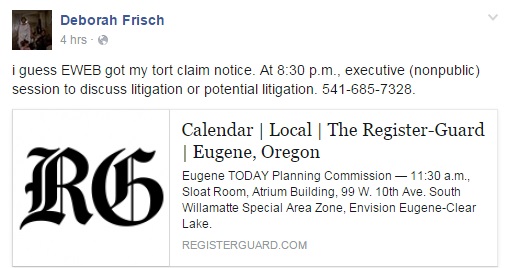 Update June 24: With all the hours Debbie has wasted on toothless tort claims notices, she she's show gunna be PISSED when the courts wont even let her frivolous bullshit get to the Service of Process stage...

Update June 23: Now suing an advocate for stalking-victims? One who has experience dealing with criminals like Deborah Frisch? Real smart, Debbie!

Update June 21: Another day, another toothless tort claim, this time to one of Debbie's stalking victims...Real smart, Debbie!

Update June 20:  In today's bit of Debbie dumb-ass-ery, Debbie thinks she can somehow get around the Absolute Immunity provision for the judges who held Debbie responsible for her criminal behavior. LOL 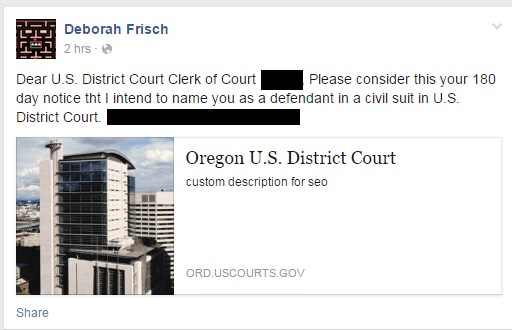 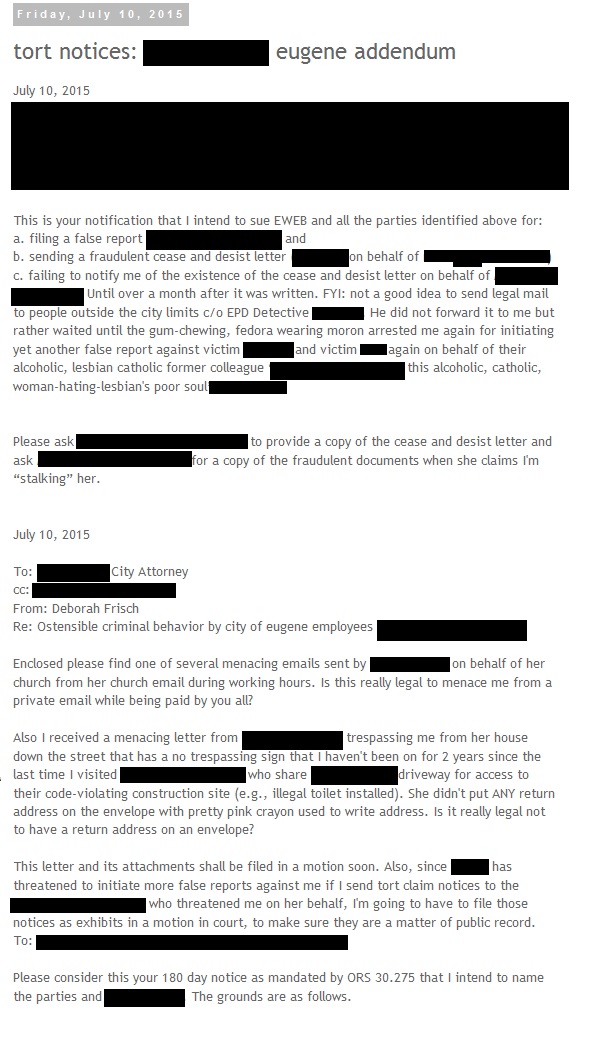 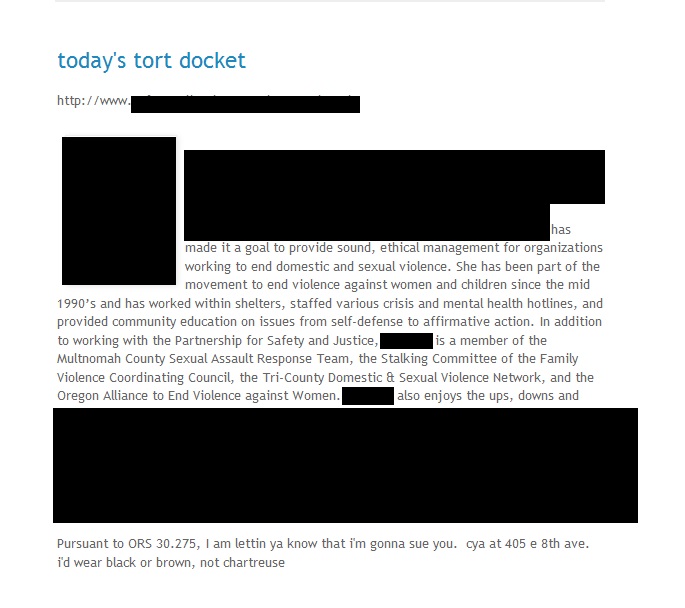 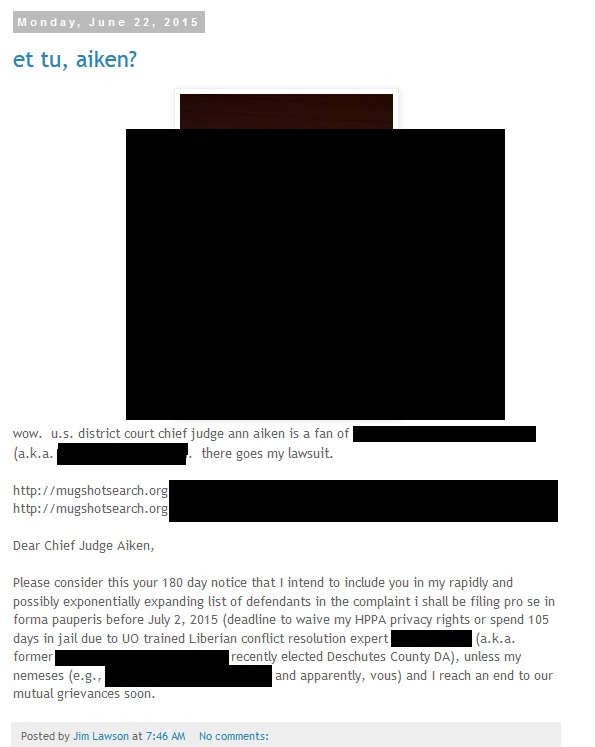 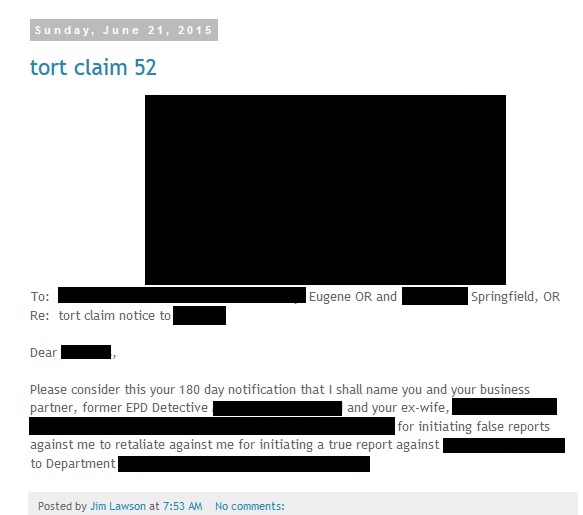 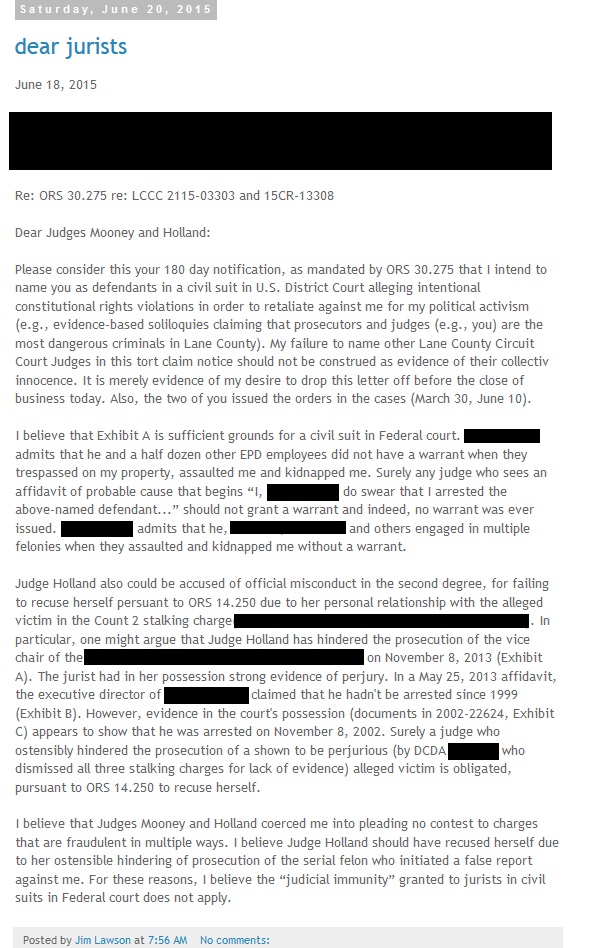