Other McCain to Debbie's lawyer: Ban Debbie from Internet, or else her criminal behavior will continue (8/8/2018)

"So long as she has Internet access, she will use that access in the way that has previously resulted in her incarceration. Only if she is institutionalized in a setting where she is prevented from accessing the Internet, can we expect any relief from her harassment." --RS McCain

Mr. McCain's diagnosis rings true. In fact, the only relief innocent people have had from Miss Debbie's habits of stalking, harassment and threats was from 2010 to 2014--when Miss Debbie was BANNED FROM THE INTERNET as a CONDITION OF HER PROBATION after a 2010 probation-violation involving (yes!) her continued harassment of past victims... 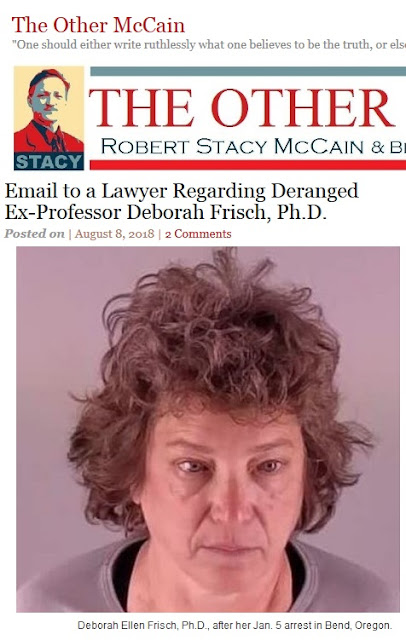