Deborah Frisch, who is forbidden from entering drinking establishments
until 2012 under the terms of her probation, had a temper tantrum on
the Facebook pages of Hot Flash Dance organizers this weekend.

Alert organizers remembered Debbie is forbidden by her probation
from entering bars; so they astutely denied Teh Deb entry to an
April 10 Hot Flash Dance, being held at The City Nightclub.

Debbie did not take teh rejection well, lol. Teh following day, Miss Debbie
continued harassing and libeling dance organizers--until one of them filed
a police report and told Debbie to STFU or face criminal charges for harassment
(...again). 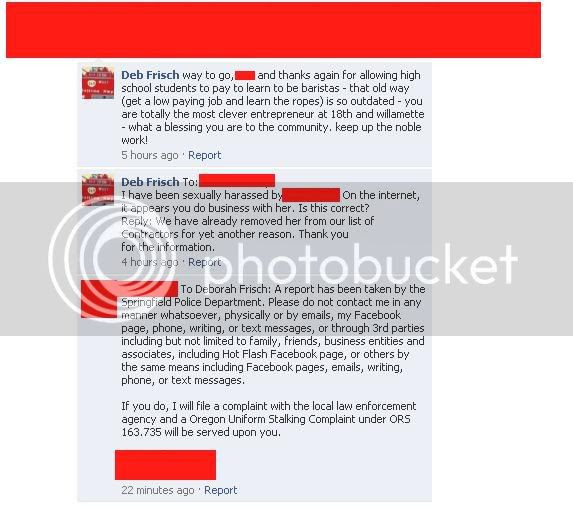 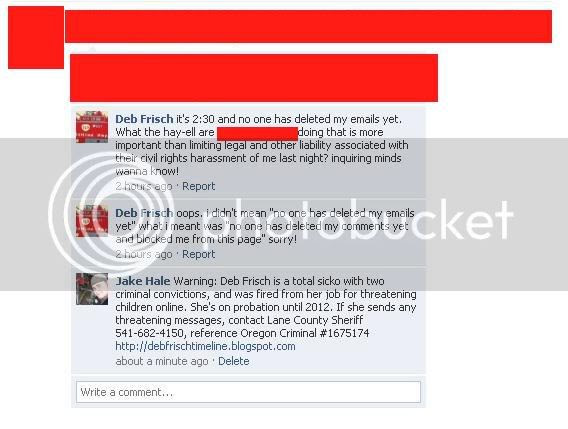 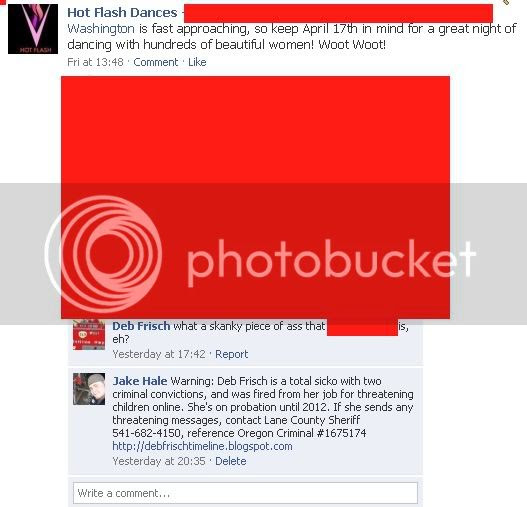 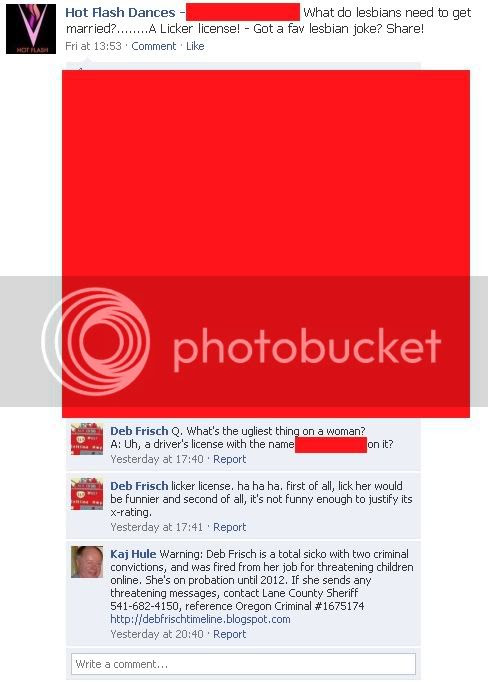