In today's blog, Dummy Deb Frisch continues to double-down on her
stoopidity.

Last Saturday, Frisch, attempting to violate her probation by entering
a drinking establishment, had a vile, violent temper-tantrum which
spilled over into her blog.

Now, Dumdeb is harassing teh Springfield Chief of Police about a police
officer who took a report on Frisch's harassment of the bouncer who
denied Debbie entry to teh dance. (Frisch directly harassed various
acquaintances of teh bouncer via Facebook and other means.)

Amusingly, Debbie thinks teh Springfield Police have short memories.
A mere 18 months ago, it was a Springfield Police officer who took a
Domestic Violence Report on Debbie, after she assaulted a woman...
This, of course, led to Debbie's being put on probation until 2012. 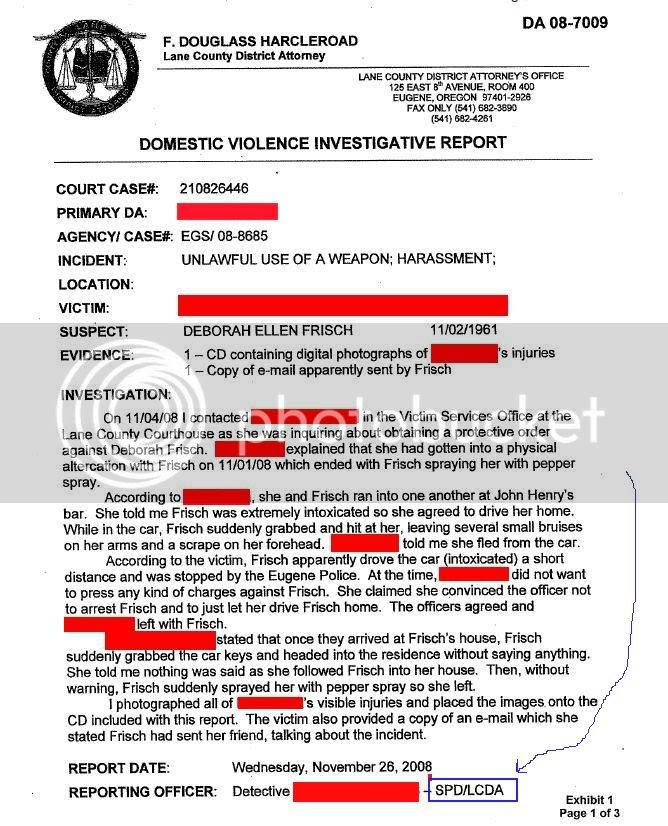 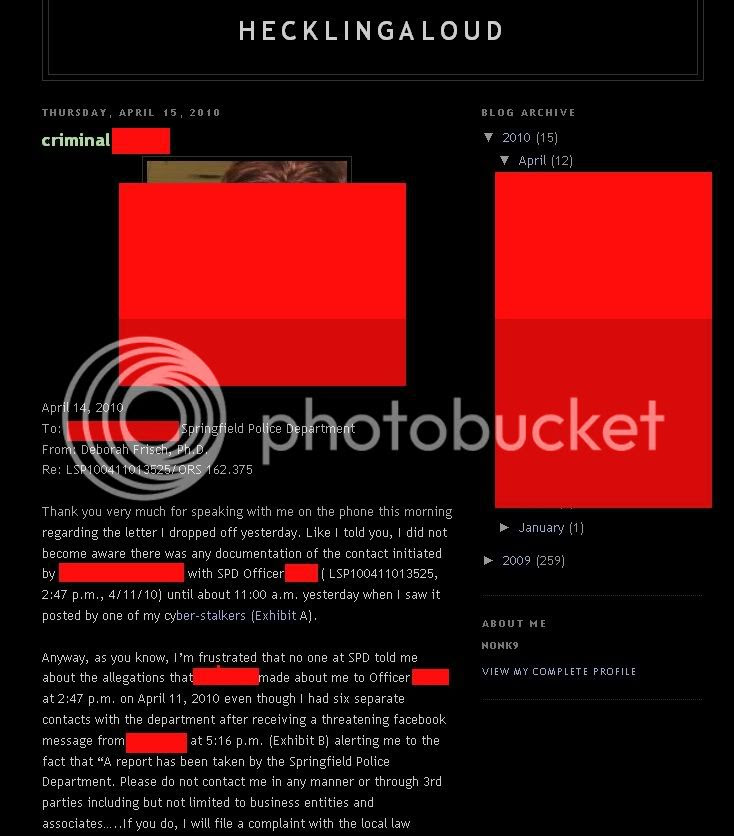