Like a stuck pig, Deborah Frisch squeals the loudest when she's
stabbed the hardest.

Now that Dummy Debbie is facing $anction$ for hiding from a
deposition--typical behavior for the cowardice behind Debbie's bullying
and bluster--Debbie is desperate to evade teh consequences for her
attempt to illegally avoid cross-examination.

Just take a gander at today's blogs, where Deb Frisch reveals
she's harassed three witnesses to teh "dodged deposition"
--including some telephonic harassment of a Eugene Police officer!

Vulgar language abounded in Debbie's communications by phone,
Facebook, and on her libelous blog.

Debbie also sent two of her empty TORT CLAIMS NOTICE!!1
threats. (As everyone with access to Google knows, Deborah
Frisch's TORT CLAIMS NOTICES!!1 are impotent bluffs. Put
simply: Debbie lacks the money to file any NEW lawsuits. And the
judge overseeing the frivolous lawsuit DumDeb has already
DENIED Debbie's desperate attempt to add new defendants
to her idiotic suit...laughing off Debbie's attempts as "FRIVOLOUS
and FUTILE."

Will Debbie face even MOAR sanctions for her obvious attempts
to harass witnesses in teh civil lolsuit? Time will tell. . . In any case,
Debbie's twitchy moves expose her realization just how quickly teh
ground is crumbling beneath her. 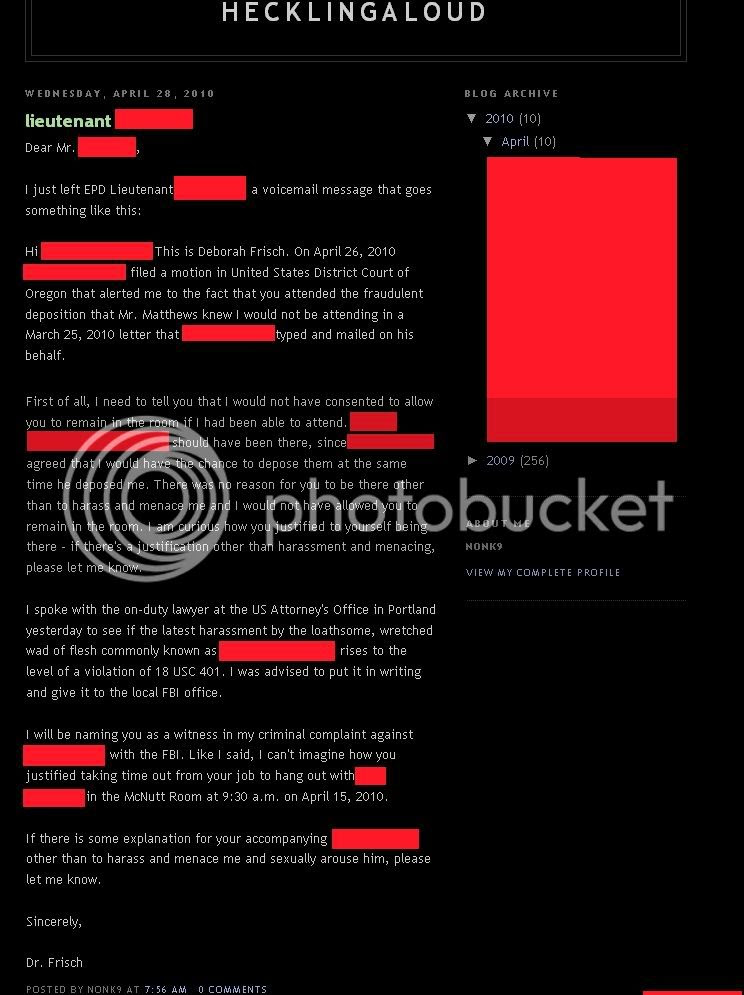 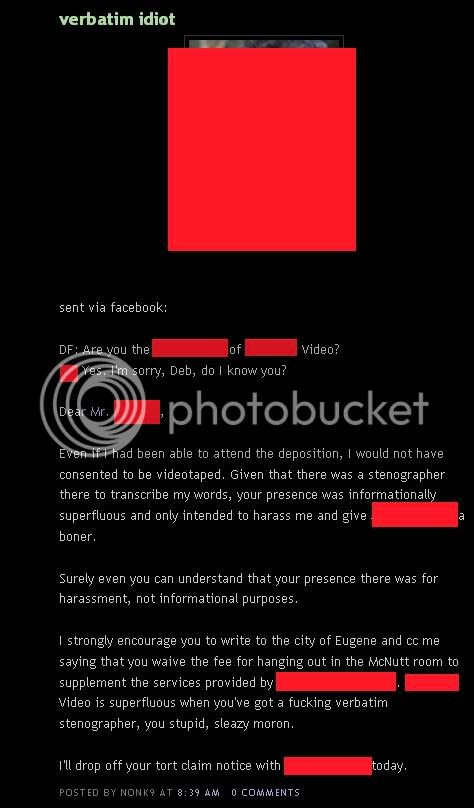