In yesterday's blog, moron Deb Frisch (Oregon Criminal 1675174)
ADMITS she violated teh terms of her probation in two ways:
Stupidly, Miss Debbie also advertised her probation violation to the
lawyers who made Deb Frisch look like the moron she is during the
lawsuit. 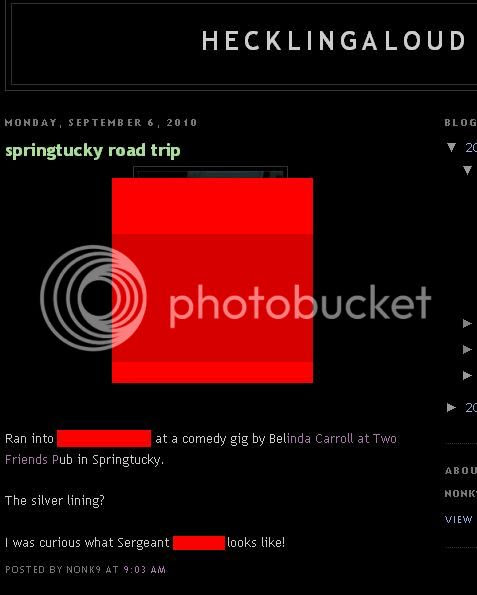 i just want to let you know i had an unpleasant interaction with REDACT NAME OF FORMER [REDACT] and a springfield bartender at an allegedly but not actually
free stand-up comedy performance last night. it probably would be a
good idea to interview [REDACT], the comic ([REDACT]) and the
bartenders and patrons at two friends pizza and pub on 567 west centennial.