HINT: Deb Frisch spent a good long time in jail for her criminal behavior in 2015.
Looks like Deborah Frisch is still feeling butthurt for being held accountable for her
criminal acts, and is lashing out at law enforcement, judges, prosecutors, etc.
HEY DEBBIE, IF YOU DONT WANT TO BE ARRESTED AND JAILED, STOP STALKING, HARASSING, AND THREATENING PEOPLE!
This behavior is nothing new for Debbie Frisch, just see this link:
#DebFrischButthurt
Funny how Debbie would accuse others of crimes...when SHE'S the one with the massive criminal record! 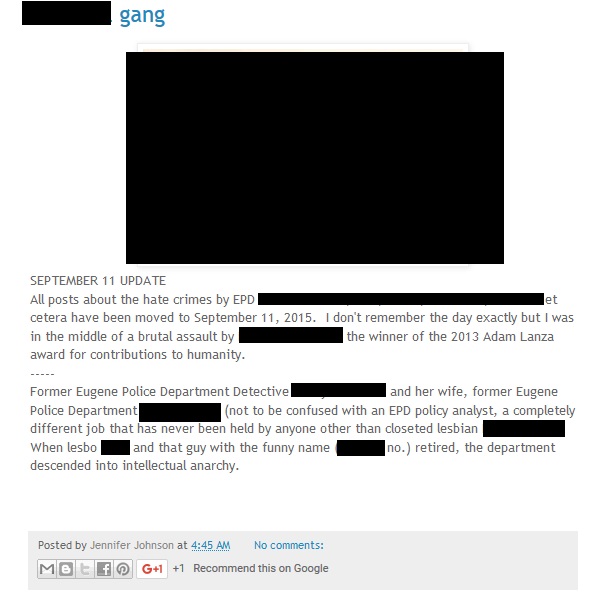 WARNING: Debbie Frisch has criminal convictions for assault, stalking, harassment and threatening (while intoxicated).http://deborahfrisch.blogspot.com/ If she grows threatening or tries to stalk you, contact San Diego Sheriff's Department (858) 565-5200 (she now resides in their jurisdiction Encinitas / Olivenhain, California)
Deborah Ellen Frisch (aka: deb3920@yahoo.com,  truthisoutthere16@yahoo.com, "Deborah Frisch" on Facebook, likestohike@outlook.com she sends snail-mail via PO Box 626
Cardiff, CA 92007 ) has been arrested numerous times on numerous charges, including
Posted by minteh at 8:00 AM