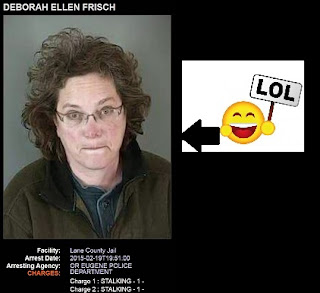 UPDATE (9/24/2016): LOL, Debbie still stewing over the butthurt, continues to stalk TheOtherMccain. She also needs an English lesson: If he's REPLYING to your threatening email and INFORMING others about your CRIMINAL RECORD, then it's not a "threatening" email dummy! Funny how Debbie accuses others of threatening...when SHE'S the one with the criminal record for threatening (and stalking and harassment and...) 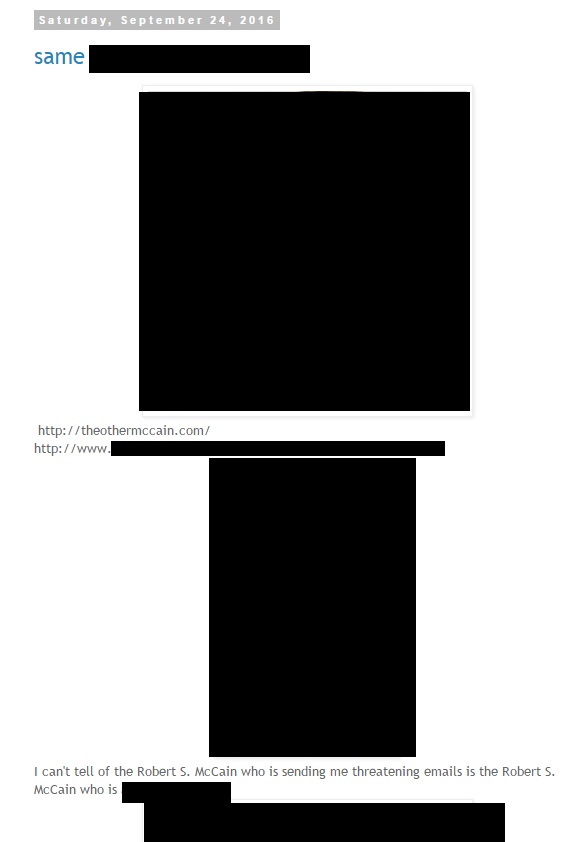 Debbie has a habit of CC'ing people she's stalking/harassing/threatening in mass-emails (which most people have told their accounts to AUTODUMP, no doubt)

But today, it looks like Dummy Debbie CC'd the wrong person, who promptly spread the news about Debbie's criminal record to all concerned! 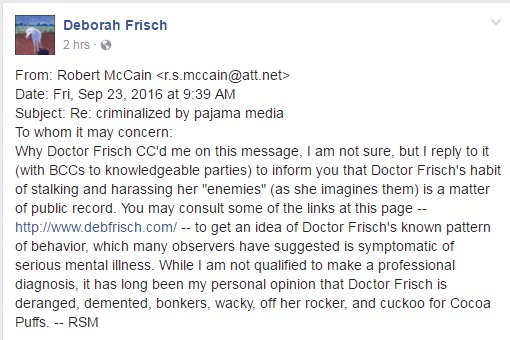 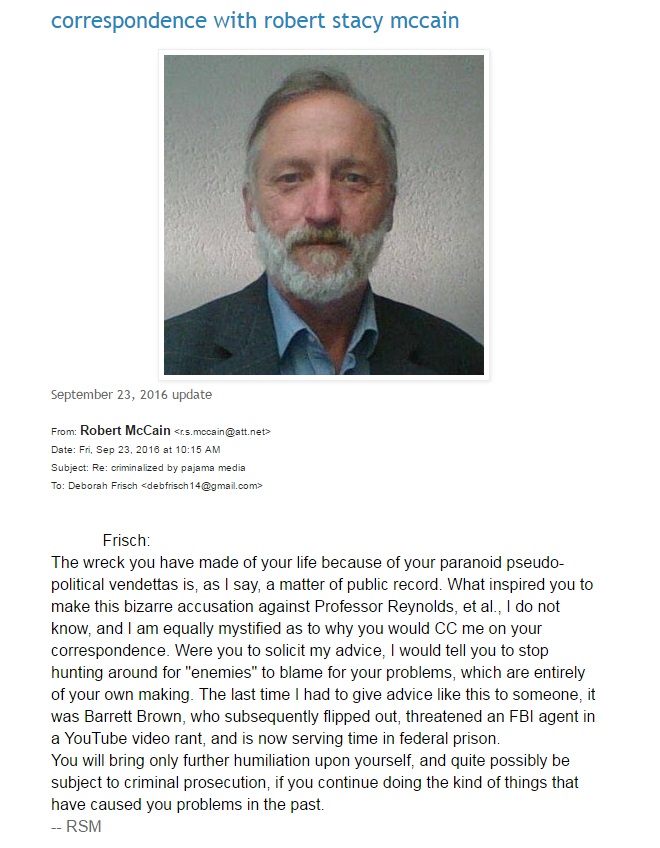 Naturally, Debbie has a bit of a history trying to stalk, harass and threaten people who tell the truth about her lengthy criminal record...