LOL, Debbie Frisch thinks she can sue for the consequences of her criminal behavior 9/18/2016 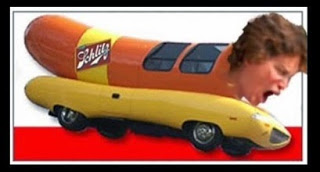 Ooh! Debbie is so SCAWY when she tawks about legal stuff...NOT! Funny how Debbie is too stupid to realize that EVERYONE LOLs AT HER FRIVOLOUS LEGAL THREATS! 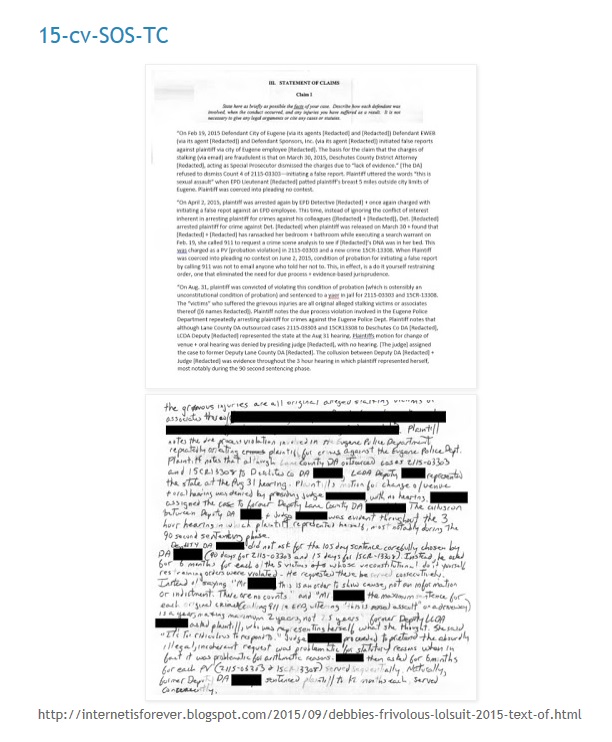 Now she thinks she can dig up that turd again? Looks like Debbie forgot the part where Lane County LAUGHED IN HER FACE over her frivolous legal bullshit! 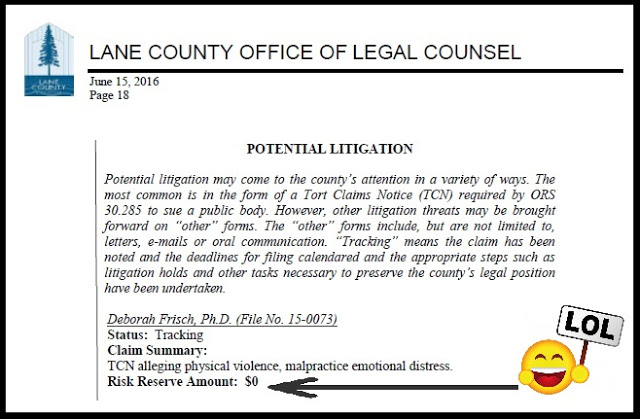 Deborah Ellen Frisch (PO Box 626 Cardiff California 92007 aka: deb3920@yahoo.com,  truthisoutthere16@yahoo.com, "Deborah Frisch" on Facebook, likestohike@outlook.com ) has been arrested numerous times on numerous charges, including
Posted by minteh at 9:00 AM