Yawn, Debbie Frisch (who has multiple criminal convictions for filing FALSE reports and CRIMINAL IMPERSONATION) threatens to LIE and file MORE FALSE REPORTS to retaliate against Oregon officials who held Debbie accountable for her criminal behavior.

LOL, Debbie spews that "I've contacted mr. [REDACTED] and asked him to have one of his investigator-whores contact me but he ignores me."

Um, dummy, that means it's time to STFU and STOP STALKING AND HARASSING HIM!

Debbie's criminal history shows that she has QUITE a history of lying--just read the newspapers and police reports: 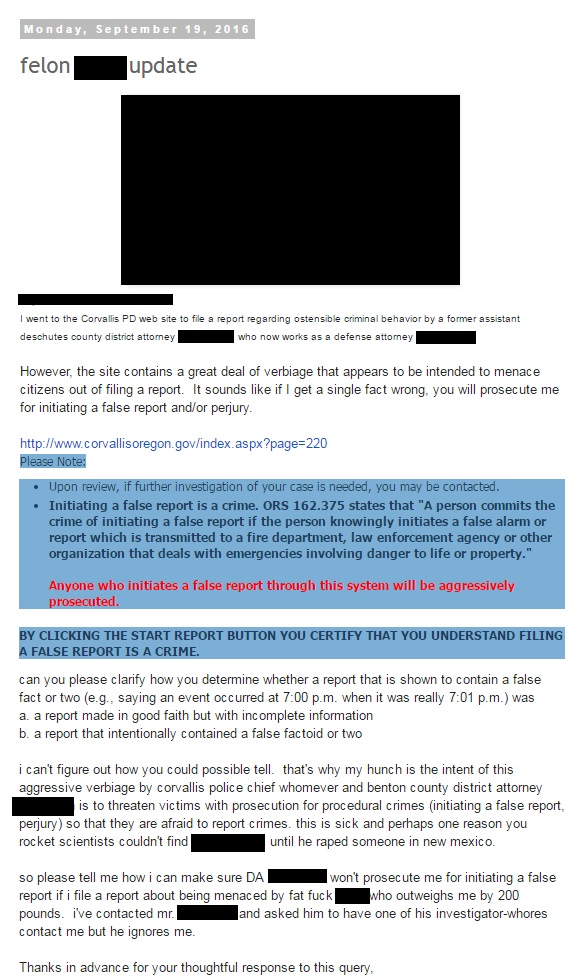