Deb Frisch dumped for drug use in February 2001

Debbie has had plenty of warnings about her drinking, drug use and dumbass behavior before she ended up repeatedly arrested and jailed for it in 2006, 2010, 2011, and 2015.

In this blog post (scroll to bottom), Debbie recounts how her lack on intellect led to her being rejected for tenure by the University of Oregon in 1994. Seven years later, a partner dumped her for her drug use.

She glommed on to another partner who got her an adjunct-job at the University of Arizona after that, but...well, we all know how Debbie got herself booted out of THAT job.


She hasn't worked since, leeching off of her family and the Oregon and California taxpayers for food, lodging, etc. 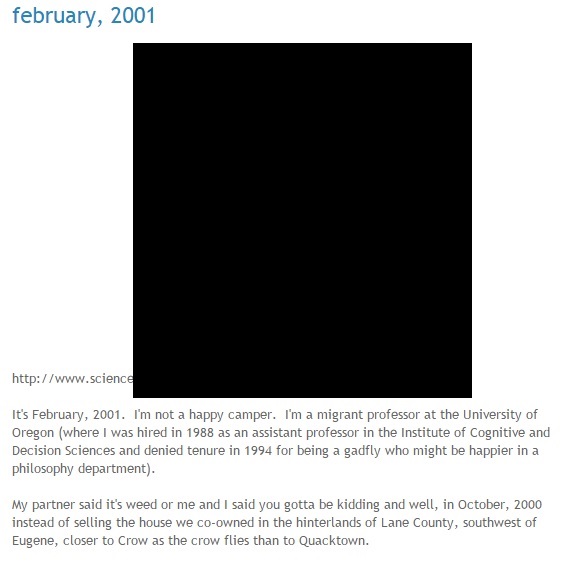