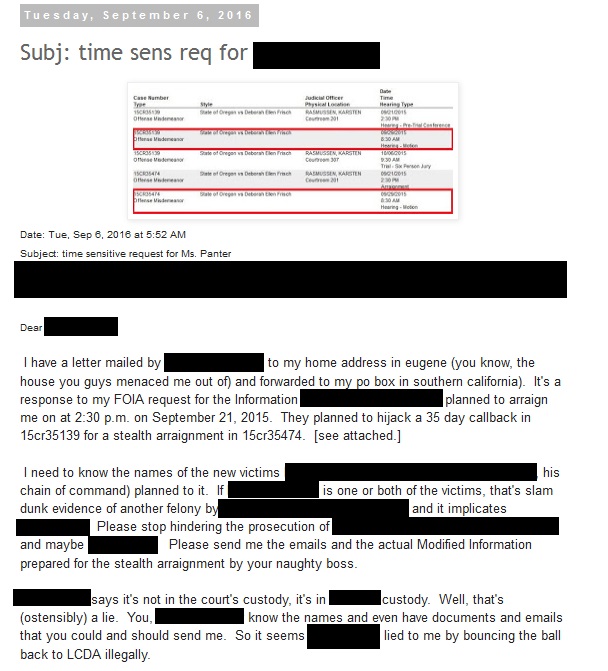 WARNING: Debbie Frisch has criminal convictions for assault, stalking, harassment and threatening (while intoxicated).http://deborahfrisch.blogspot.com/ If she grows threatening or tries to stalk you, contact San Diego Sheriff's Department (858) 565-5200 (she now resides in their jurisdiction Encinitas / Olivenhain, California)
Deborah Ellen Frisch (aka: deb3920@yahoo.com,  truthisoutthere16@yahoo.com, "Deborah Frisch" on Facebook, likestohike@outlook.com she sends snail-mail via PO Box 626
Cardiff, CA 92007 ) has been arrested numerous times on numerous charges, including
Posted by minteh at 8:18 AM