UPDATE 8/12/2016: Debbie posts a link to this page to Facebook--thanks for the free publicity dummy! :D

As usual, Miss Debbie tries to blame others for her OWN criminal stalking harassing and threatening behavior. In this blog, she tries to blame a law firm which held Debbie civilly responsible for her threatening of a bloggers 2-year-old child in 2006. (A Denver judge later sided 100% AGAINST Debbie Frisch, issuing a STFU order in which Miss Debbie's criminal behavior was documented.) 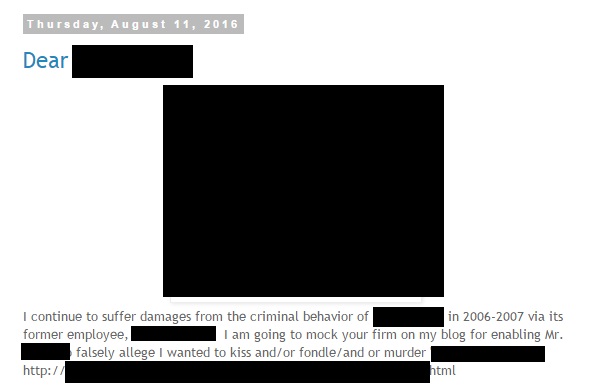 Hey, Debbie! The MUG SHOTS speak for themselves!
http://eugenedailynews.com/lcfaces/deborah-ellen-frisch/ 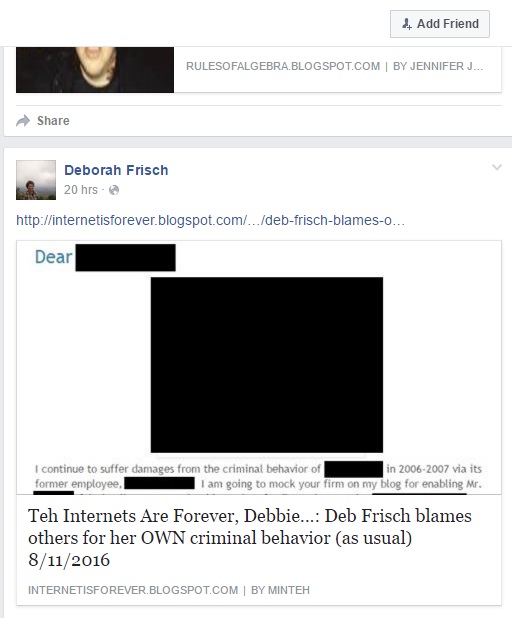