Ah yes, the stench of Deb Frisch obsessive stupidity in the morning...gotta lurve it! 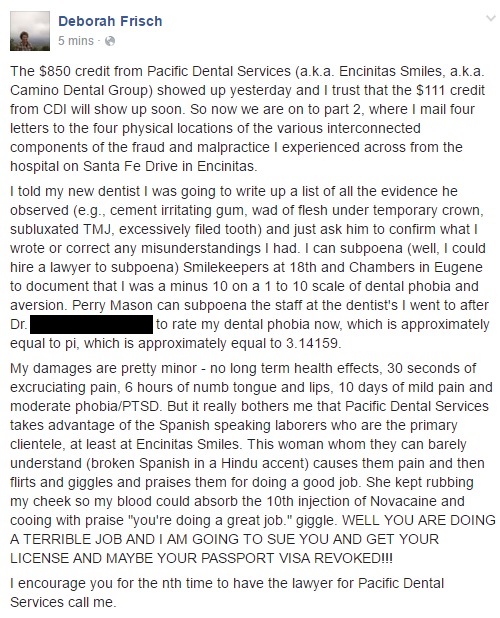 So Debbie thinks she's gonna get a lawyer...well, if they have google, then Miss Debbie's chances are about -3.141592... How well do Debbie's legal actions do in court? Maybe Debbie needs a reminder of how badly she got pwned the last time she tried filing a frivolous lawsuit?