UPDATE 8/16/2016: Dummy Deb Frisch vomits out a blog of her mathematical stupidity!

UPDATE 8/15/2016: Dummy Deb Frisch posts a Facebook link to this page! Thanks for the free publicity Debbie!

So how do intelligent academics judge Deb Frisch?

Check out the reactions to Debbie's latest spew... 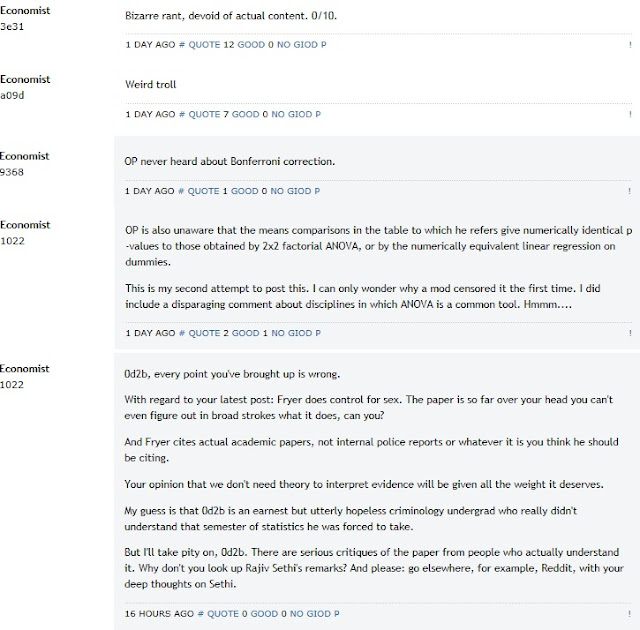 Why does Debbie Frisch stalk and harass successful academics? Could it be that Miss Debbie is JEALOUS of others' achievements, given the wasted wreckage Deborah Frisch has made of her life?

Deborah Ellen Frisch (of the San Diego / Encinitas / Carlsbad California area) has a lengthy
criminal record for stalking, harassment and other crimes.
Hilariously, Debbie overlooks the obvious conclusion for the "errors" she says she found: SHES A MATHEMATICAL DUMBASS!

[1] Jealous Deborah Frisch snarks at a colleague who actually accomplished
something
[2] The Professor Dan Ariely pwns stupid Deb Frisch, requesting her nonexistent
"recent publications"
[3] JG Erbil pwns Deb Frisch by pointing out that the only news Deb Frisch has
ever made involve 1) Deb Frisch's firing from the University of Arizona for threatening
a child online, 2) and Deb Frisch's humiliation at the University of Oregon 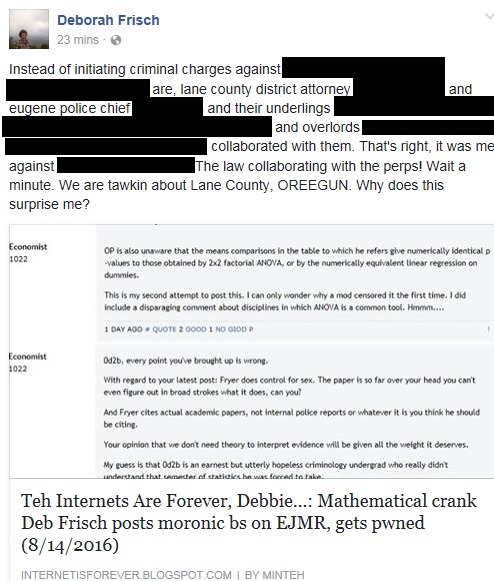 Funny how Debbie accuses other people of crimes, when SHES the one with the lengthy criminal record...
So why would Debbie be stalking and harassing Lane County criminal justice officials and judges? 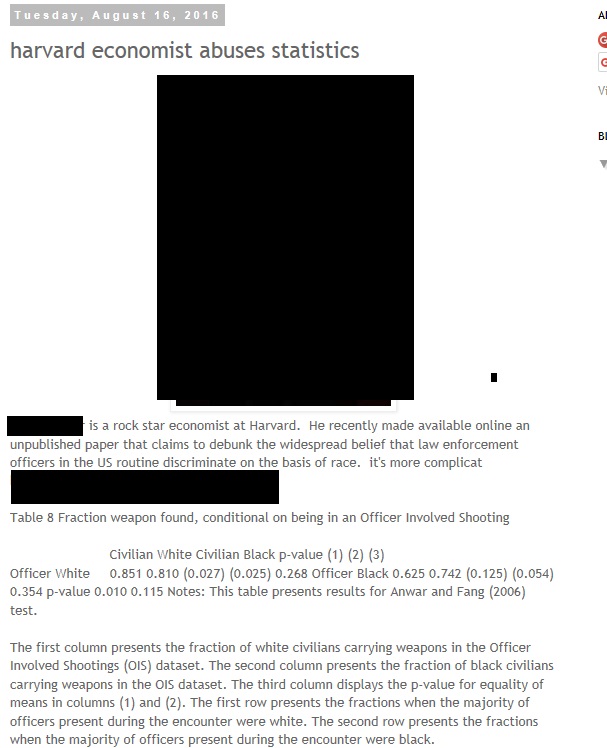