Update (8/17): LOL, Debbie Frisch posts a Facebook link to this page. THANKS FOR THE FREE PUBLICITY, DEBBIE!

Hmmm...Debbie stalks and criticizes Oregon law-enforcement officers. I wonder why? Why would Debbie be libeling Lane County law enforcement and criminal justice officials? 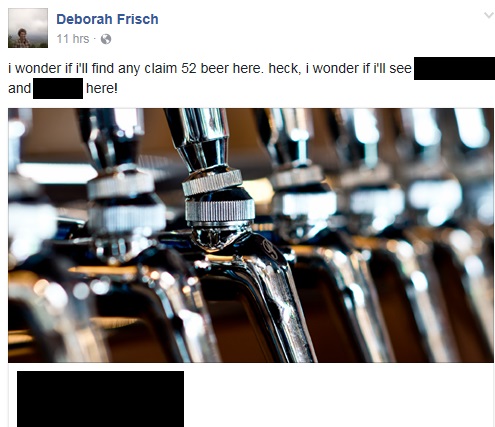 For some of Debbie's past temper-tantrums against those who held her accountablefor her criminal behavior in 2016, see: 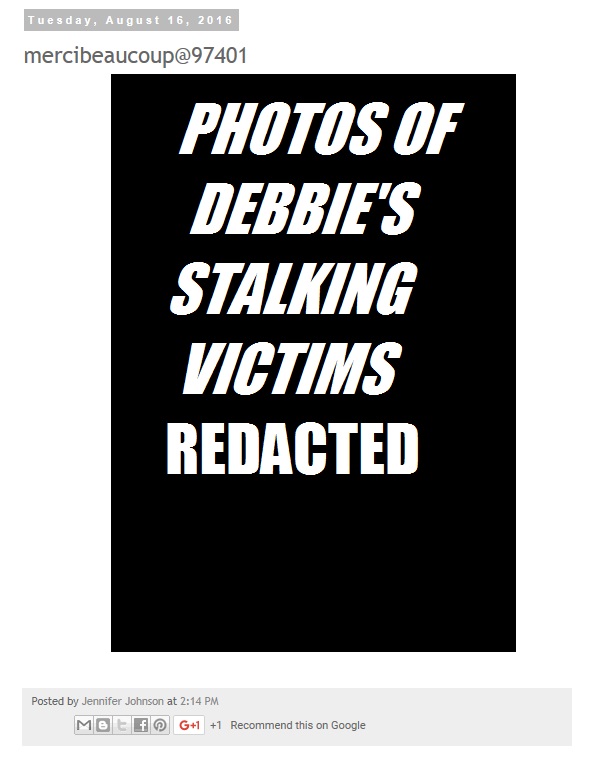 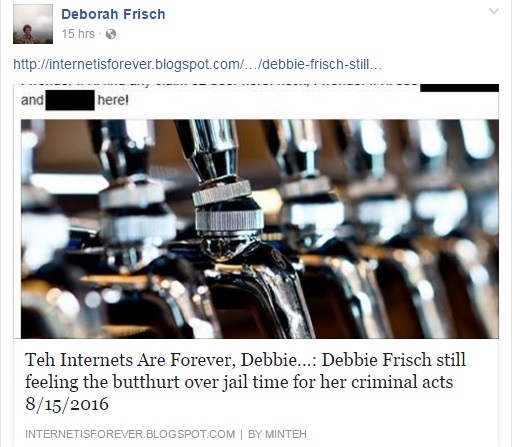