UPDATE 8/12/2016: Dummy Deb Frisch posts a Facebook link to this page! Thanks for the free publicity Debbie!

LOL, we all saw this coming, but it's still funny to see Debbie wallow in her delusional stupidity...again. This time, Debbie is threatening to sue some dentists (who no doubt enraged Deb Frisch by...I dunno...asking deadbeat Deb Frisch to be paid for their work :P). 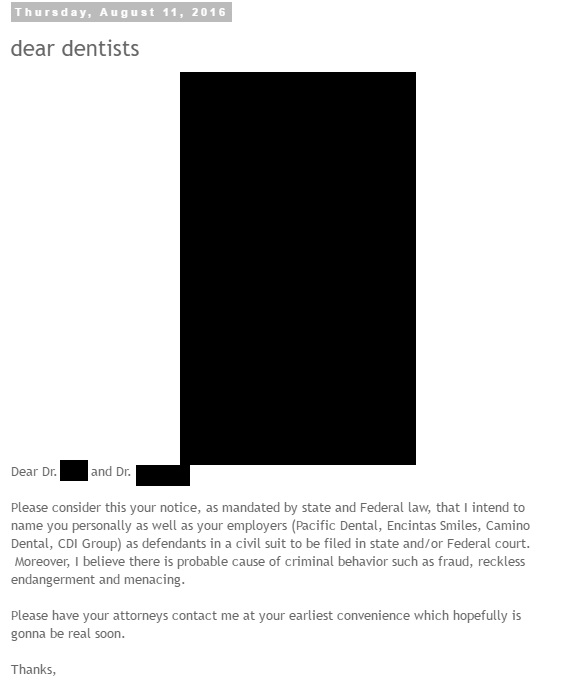 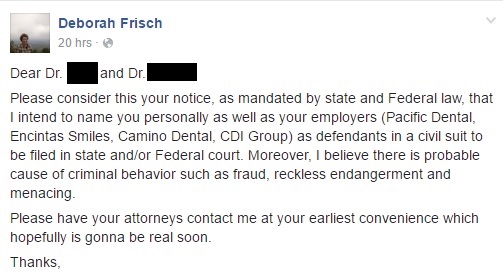 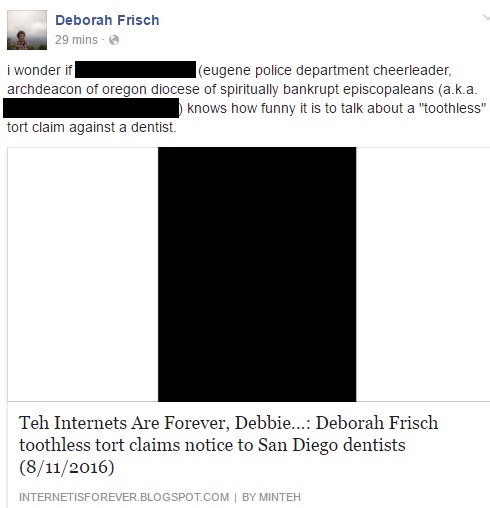